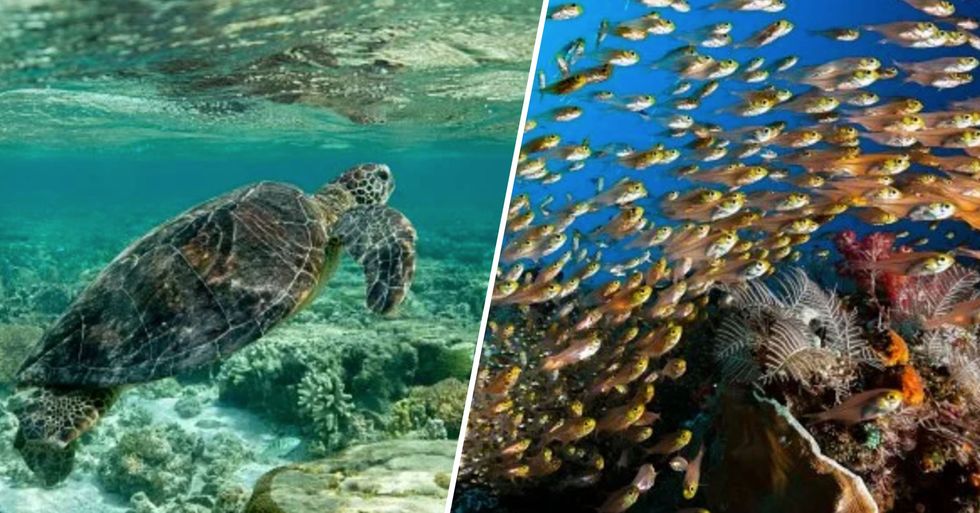 Now that millions of us all over the world are quarantined indoors, our planet has been giving some extra time to heal and the results have been absolutely astounding. From pollution levels dropping, all the way to clearer waters, we're glad to see the world being put back to rights.

And this has meant that marine animals can now return to their clean habitats.

The most recent news we have concerns the coral reef surrounding the area around the beautiful island of Hawaii.

It has seen a drastic influx of aquatic creatures.

Due to the absence of scuba divers and avid snorkellers disrupting the wildlife, new animals have been spotted swimming around the reefs near Oahu.

Brain Nielson, an expert in the field told Kron4 this:

"We’re getting a lot of different anecdotal reports of you know, schooling fish and much more present fish in areas like Molokini Crater. Also reports of spinner dolphins in bays in West Hawaii that are just much more prevalent, just seeing different behaviors and activity we haven’t seen in years."

“The tops of the rocks are all covered in algae," said Jenny Yagodich. And that’s fantastic for the ecosystem. Normally all the feet scrub all that off."

However, it has been difficult to collect some hard evidence on the issue due to researchers being stuck at home...

"Our best-case scenario is if we are able to get biologists out in the field before the flood gates open again for tourism to come back."

So, it is clear that every cloud has a silver lining.

It is fantastic to see that, however devastating the medical crisis may have been, there have been some remarkable changes made to our planet. For more on the benefits of the pandemic, keep scrolling to see just how much our animals are thriving in the deserted cities...