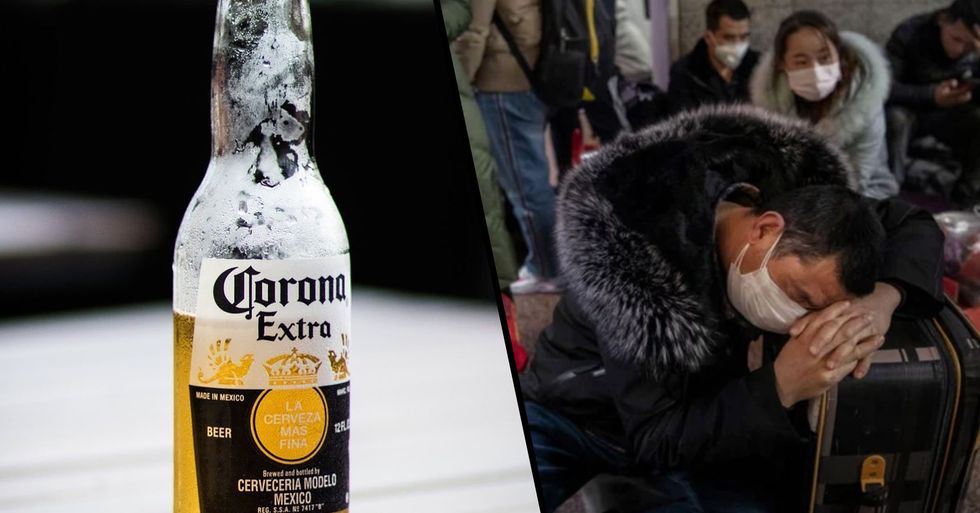 Mere months into the deadly coronavirus outbreak, tens of thousands of people have been infected and thousands have died as the deadly disease spreads across the globe at an alarming rate.

And now, it seems Corona beer has suffered a catastrophic financial loss as a result of the outbreak.

The virus continues to spread rapidly, and traces of the disease have already been discovered and confirmed in 8 other countries including here in America, the U.K, Thailand, South Korea, Taiwan, Saudi Arabia, and Japan.

The virus can be spread quickly and easily...

And it's safe to say that researchers are now getting desperate...

Because there is now an immense amount of pressure on authorities to find a cure, and fast.

The President took to Twitter to applaud the work he and his administration have been doing regarding the virus outbreak...

President Trump remains confident in his handling of the coronavirus outbreak...

But it seems the outbreak has had unfortunate consequences for the makers of Corona beer.

When the virus first started to spread, many people wrongfully thought it was related to Corona beer. In fact, Google searches for "Corona Beer Virus" skyrocketed last month.

The coronavirus and Corona beer are not related… at all. The only thing they unfortunately share is their name, which is completely irrelevant.

But brewer Anheuser-Busch InBev, who make the popular beer, has seen a huge loss nevertheless.

According to Metro, the company has forecast a 10% loss for the first quarter of 2020.

As you'd have probably expected, the majority of lost sales have come from China.

And the decrease in sales took place during the first 2 months of the year. "The outbreak has led to a significant decline in demand in China in both on-premise and in-home channels. Additionally, demand during the Chinese New Year was lower than in previous years as it coincided with the beginning of this outbreak," the Belgium-based company said.

It's an unfortunate twist of fate.

And as the outbreak continues, things continue to look bleak for the beer company.