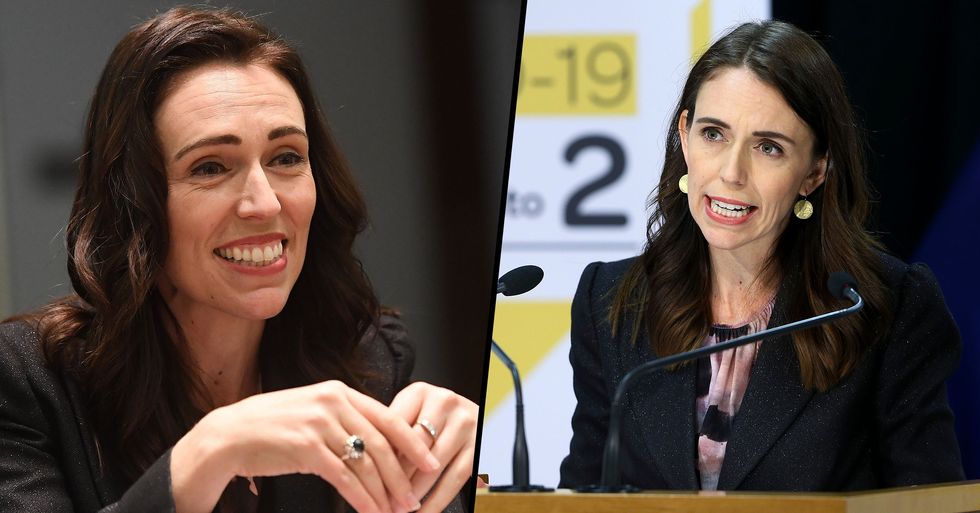 After 102 days of being free from coronavirus, New Zealand has released the devastating news that multiple cases have been reported in Aukland.

We aren't even in the same league when it comes to the way New Zealand has handled the virus.

The nation has been the envy of the world, particularly after passing the 100-day milestone.

From day 1, Ardern wasted no time in locking down her country in an attempt to prevent as much spread of the virus as possible.

And only twenty-two deaths, a stark comparison to our death toll, which is currently looming at over 166,000.

Ardern's swift decision making seemed to have paid off.

The country declared itself officially coronavirus free after health officials said the final person known to have been infected had recovered.

This news was amazing.

Officials went on to announce that all forms of public events can again take place without limitations or social distancing guidelines.

But she also acknowledged that this doesn't signal the end of the pandemic.

"We almost certainly will see cases here again … and that is not a sign that we have failed, it is a reality of this virus. But if and when that occurs we have to make sure and we are, that we are prepared."

And sadly she was right...

After 102 days of zero cases, New Zealand has had to return to strict lockdown regulations after 4 members of the same family were confirmed to have coronavirus.

From midday on Wednesday, Aukland residents will have to stay at home.

The rest of the nation will enter a level two lockdown as more cases were confirmed last Tuesday.

As word got out about the possible lockdown, Jacinda Ardern decided to clear things up in a last-minute press conference.

New Zealand has contact tracing enabling people to self isolate straight away.

The family have caused confusion over the origin of the virus as they haven't been in contact with anyone overseas.

A big, fat thank you to that South Auckland family for taking the initiative to get tested. You may have saved our bacon, thank you. #nzpol
— Tracey Barnett (@Tracey Barnett)1597142765.0

But this isn't the only case. A man in his fifties tested positive on Tuesday, 5 days after his initial symptoms.

The man's partner reportedly had symptoms even before he did.

OK, so there are no known links to travel or to managed isolation and quarantine facilities. This means there are a… https://t.co/8mOKIWLnrs
— Shaun Hendy (@Shaun Hendy)1597141502.0

This has sparked fears that they could have spread the virus further without knowing it.

A child is also among the new confirmed cases.

I guess we can all be glad the family in South Auckland didn't listen to the broadcasters who told people to say no to tests.
— Russell Brown (@Russell Brown)1597143370.0

"We have not yet been able to determine the source of these cases, there is no known link to hotel quarantine. One of the most important lessons we have learned from overseas is to go hard at this. In line with our precautionary approach, we will be asking Aucklanders to take swift lockdown."

Ms. Ardern said she is "expecting to see more cases" surrounding those that have been confirmed.

"You are asked to stay home in your bubble unless you are an essential worker."

By midday on Wednesday, all bars, restaurants, and public services have been told to close.

This is including schools and colleges.

So it seems they're back to square one.

"If you are in Auckland, we ask that you wear a mask when accessing essential services. While this initial three-day lockdown will primarily affect the Auckland region, I am asking our team of five million to stay alert as well. We have defeated this virus before and can do it again."

The rest of the nation will enter a three-day level two lockdown.

This means strict social distancing regulations will be in place, regular hand washing, and staying home unless traveling for essentials.

It's too early to say whether the lockdown will be extended if the source of the outbreak can't be identified.

All of us in Auckland right now willing our health officials to find the source of the cases by Friday: https://t.co/qvZsyzakVQ
— Patrick Thomsen (@Patrick Thomsen)1597138915.0

Authorities are hoping their quick response will help everything get back to normal quicker.

"We've had 102 days, and it was very easy to feel like New Zealand was out of the woods, Ms. Ardern said on Tuesday night. No country has gone as far as we did to not have a resurgence. But because we were the only ones, we knew we had to have a plan. My request is to not be dispirited or disheartened. This is something we have prepared for."

I am urging Aucklanders to come together like we did last time to stamp out community transmission. Please remain c… https://t.co/RO8P4ayn9C
— Phil Goff (@Phil Goff)1597138735.0

"I understand that people are probably feeling a little bit scared, a little angry, and a little confused right now. None of us wanted to go back into lockdown, but we always knew this was a very real possibility, he said. I am urging Aucklanders to come together like we did last time to stamp out community transmission. Please remain calm, please do not panic buy and please follow the lockdown rules."

Ardern assured there was no need for people to panic buy as all stores will remain fully stocked.

Let's hope they manage to control the new outbreak as well as the first time. Keep scrolling to see how New Zealand is making sanitary products accessible for all schools across the country...