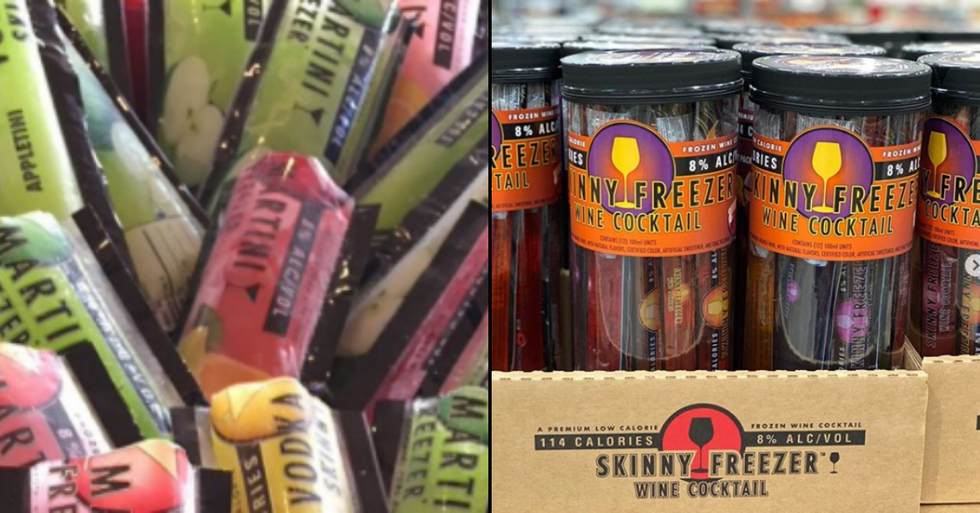 Costco is Bringing Back Their 100-Calorie Boozy Popsicles

But now they've come up with the final frontier. The latest Costco launch that has got everybody excited may be their best yet. Fans of booze, popsicles, and low-cal snacks, look no further - Costco has you covered.

The cocktail lovers can rejoice, thanks to the megastore's latest launch.

For those with a taste for a boozy treat, you're in luck here.

And this isn't any old treat.

Boozy popsicles at 100-calories a pop.

Does life get any better?

They've been spotted on social media.

And people are excited!

For those who love a drink but want the treat of a popsicle ...

This option is a total dream come true.

They've been spotted in several stores.

We've got our fingers crossed for a full Costco takeover.

And it seems the internet agrees!