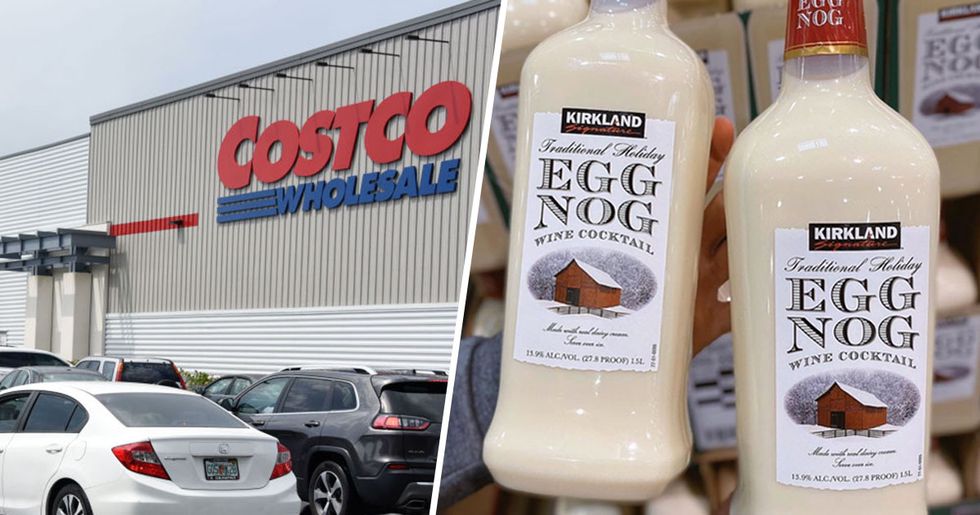 But now they've come up with the final frontier. The biggest bottle of eggnog the world has ever seen. Feeling curious? Look no further. Scroll on for all the deets - and the best of the internet's responses.

And there's one area where Costco truly excels.

And they've really knocked it out of the park this festive season.

With one of the most exciting Kirkland items we've heard of in years.

But this is an eggnog with a difference - done as only Costco would know how.

And boy, has this product taken the internet by storm.

And who can blame us? This product sounds incredible.

Sidenote: if you're a diehard Costco fan, this is the best place to keep up with the latest launches.

These giant bottles contain over a liter and a half of the good stuff. Now that's a generous serving.

As you'd probably expect from the budget-friendly superstore, these humongous bottles cost just $8.99.

According to all the reviews, this drink is also totally delicious. We're struggling to see the catch here.

People on the internet are getting excited.

Well, when you see delicious booze in giant bottles at a bargain price, it's hard not to be.

And it's started something of a trend.

We'll see you at Costco, yeah?

Although there is a flip side to the story.

This drink has become so popular than many are struggling to track it down. Our hearts are breaking.

Although the internet has offered us this.

I don’t know who needs to know this, but EggNog is available at Costco in Ontario, Single serving 2L containers! https://t.co/Gpeg7RsLaX
— Stephen (@Stephen)1573072449.0

Not one to be outdone, Costco Canada has come out with an even bigger eggnog. Now, this is a competition we can get on board with.

And if you're interested in another festive limited edition item, scroll on for what's coming to Wendy's this month!