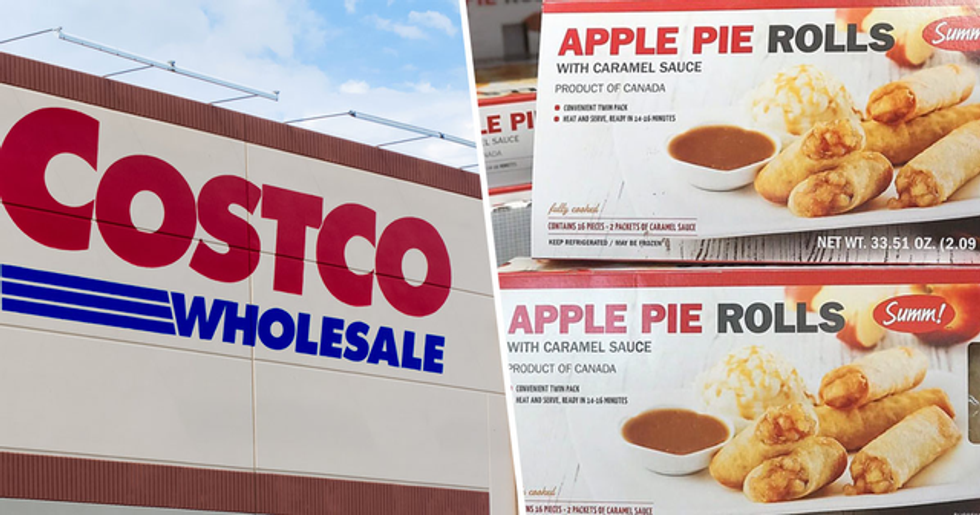 Is there anything Costco can't do? Whether you want a never-ending tub of Nutella, a bottomless pit of mac and cheese, or some surprisingly delightful wedding photos, the megastore has everything you could possibly need - and more. But now they've come up with the final frontier in food fusion - an apple pie flavored spring roll. Ever wanted to blend you love of Chinese food with a fall-flavored twist? Look no further. Scroll on for all the deets - and the best of the internet's responses.

Well, it's a twist on the classic American dessert - apple pie.

But there's one downside to the dessert classic. It can be pretty difficult to shove it into your mouth with speed and efficiency.

They do sound pretty incredible.

The flaky pastry crust is stuffed with chunks of apple and flavored with cinnamon.

And people are feeling pretty excited.

In fact, some are wondering why this food item hasn't ever been created before - the sign of a really good food hybrid.

Many have had this reaction.

Take our money now Costco! Especially since they're currently retailing at just $10 for sixteen rolls.

But we've got some pretty disappointing news for US readers.

This new product is exclusively launching in Canadian Costco locations - meaning you'll need to take a trip in order to purchase.

But hey, maybe it'd be worth it.

Unless the company makes the wise decision to launch these treats south of the border, too. Looking for some more wholesome Costco content? Read on for the man who spent his Costco budget in an amazingly philanthropic way.