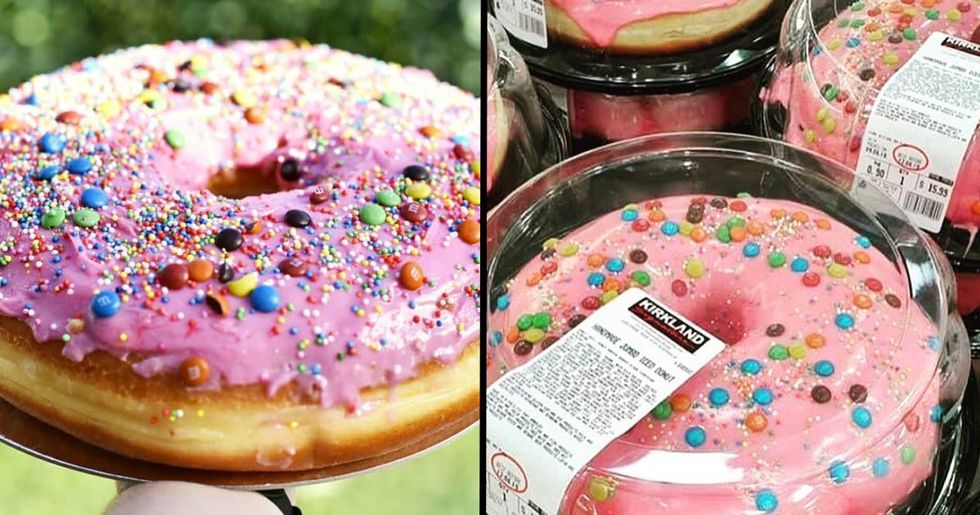 For me, there's no sweeter sound than hearing the word "giant" and "junk food product" in the same sentence.

We truly live in a time of food innovation. There are no heights that we cannot reach. If you can dream it, there is a food scientist somewhere that can probably make it a reality.

I met the grandson of the guy who invented a famous pasta sauce company the other day, turns out his grandad was from Bristol, UK, not Italy, but who cares... we are living in a food renaissance!

Let's celebrate this by getting a heads up on some of the most exciting new food products to hit the shelves.

I love Oreos. But I can't eat Double-Stuf. They're so gross. Too much filling. So these would absolutely ruin me. Regular Oreos and Oreo Thins got the ratio right, and we should stop now. Share this with your foodie friends!

The cronut is certainly something to add to your "eat before you croak" list. How can I describe it? Okay, what do you get if you cross a European and an American? You get a Cronut! This product is a cross between the flakey European breakfast classic, a croissant, and the much-loved American favorite, a donut. It's a surprisingly successful crossover, and these bad boys are taking over the world... well, I mean, they've become pretty popular.

Are you somebody that likes to dive into a share bag of flaming hot Cheetos? Same! But one thing that puts me off chowing down on cheesy puffs in public is the incriminating orange powder that you inevitably get all over your fingers. Fortunately, a cleaner version of our favorite maize puffed snack is now available in a "white cheddar" variety. So now we can gorge on cheesy puffs where and whenever we like. Woo hoo!

Have you ever found yourself eating a bag of skittles thinking, "these are great and all but they'd sure be better if they had a bit of a kick"? Well, the people at skittles must have had that thought, too, because they've only gone and brought out some hot skittles. Flavors include blazin' mango, lemon spark, fiery watermelon, sizzlin' strawberry, and flamin' orange.

Right, I'm pretty excited about this one. It's true what they say you know, ridges do have the ability to lock in flavor much more than regular flat chips. I don't know the science behind it but, trust me, it's a thing. Pringles, but wavy - what a great new invention for Pringles to come out with.

Have you ever thought to yourself, I'd quite like a donut, but I just wish that they were a whole lot bigger? You wouldn't be the first. A regular donut is probably like a three or four bite situation. Costco is going to change that. The wholesaler, infamous for their belief that bigger certainly means better, has stayed true to form with this latest tasty treat. Apparently, it weighs about two pounds. That's the equivalent of a small bag of rice. Hefty, eh? If you are ever feeling down about the state of the world, remember that, out there, somewhere, there are some good folks thinking up wonderful new food products for us all to enjoy. See, things aren't so bad, are they?