Could BB-8 and Porg from 'Star Wars: The Last Jedi' Have One Huge Secret in Common? | 22 Words 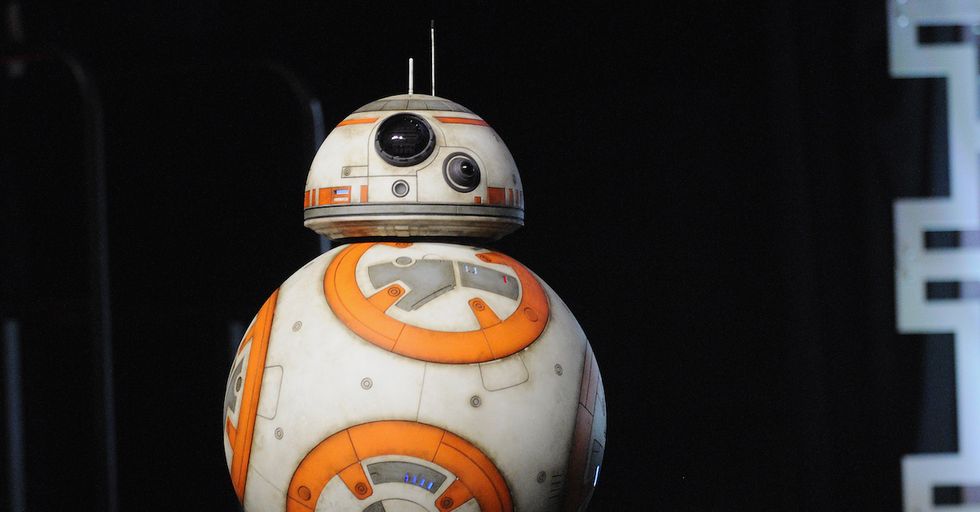 Could BB-8 and Porg from 'Star Wars: The Last Jedi' Have One Huge Secret in Common?

Star Wars fans are among the most enthusiastic in the world. There's a limitless number of discussions, fan fiction, and theories being traded online any given day. But ever since Porg, the newest and cutest character debuted, the memes and theories have been blowing up. With some fans speculating that the origins of the character could even be based in other, totally different films.

Last week the world was introduced to its brand new favorite Star Wars creature: the Porg.

The half penguin/half Guinea pig looking creature soon captured the imagination of fans, who'd quickly filled Twitter with Porg memes. It was a big welcome to the newest and cutest member of the Star Wars universe.

The Porg already has some pretty cute competition though.

Considering how much fans loved the BB8 droid, it's no wonder the creators looked to add another cute creature to their cast list. Porg merchandise is already hitting shelves, even though we know almost nothing about the Porg's backstory.

One fan began to speculate about what the origin story for both the Porg and BB8 could be.

This origin story involves bringing together characters all kinds of universes - from Wall-E to Big Hero 6. The theory states that each character carried out a torrid affair that lead to the future stars being born. Or, made? Look, none of the physicality of it makes sense, so it's probably better we just move on.

However, the theory's overall soundness was confirmed.

Director Rian Johnson weighed in, both confirming and vehemently denying the fan theory. And maybe even tipping off an upcoming Wall-E, EVE, Big Hero 6, Star Wars crossover film. Why not? It's not like we could get any more confused.

But it's best to not think about any of this too much.

There's definitely a reason the backstories of these characters remain shrouded in mystery. Perhaps it's that it doesn't really matter since they can't even talk, or perhaps it's because the truth would blow our minds.