Could This Sinister Secret Be the Real Reason Behind Hollywood's Infamous 'Best Actress Curse'? | 22 Words 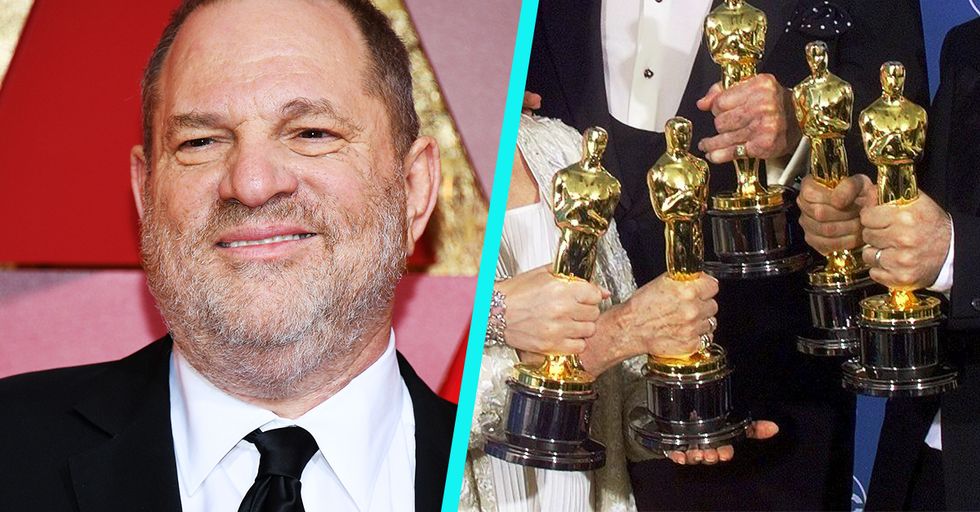 Could This Sinister Secret Be the Real Reason Behind Hollywood's Infamous 'Best Actress Curse'?

Have you ever heard of the Best Actress Curse?

It's a common Hollywood phenomenon that goes something like this: A beautiful actress in the prime of her career has the best year ever, which culminates in a coveted Best Actress or Best Supporting Actress Oscar. She gets up to the podium, makes a speech in which she thanks God, her agent and Harvey Weinstein (in that order), and then she proceeds on a whirlwind tour of every party in town.

"Finally," she thinks, "I have arrived. I'll have roles I can actually sink my teeth into."

It's a halcyon dream, one (rightfully) accompanied by visions of more money, more prestige, more acclaim, but it almost never actually turns out that way.
In the months after the Oscar, the actress, and indeed the world, will watch as starring offers dry up one by one, replaced by bit parts and throwaway cameos. Those designers who fought to dress her, particularly Marchesa, will fade into a hazy gauze of unanswered calls and chiffon.
When even the bit parts dry up and her name disappears from the tabloids, fans will look up and wonder - what happened? What happened to the woman we so admired? The answer, as it turns out, may be Harvey Weinstein, whose power was at its height in 1993, the year the Best Actress curse reputedly started.

In October of 2017, reports emerged that Hollywood producer Harvey Weinstein was a serial rapist and sexual assaulter who had harassed, assaulted, and outrightly raped at least 50 women (although the number seems like it may be much higher).
Every day another well known actress emerged with an account of Weinstein's harassment, which ranged from exposing himself while wearing a bathrobe to demanding sexual favors in return for movie deals to hurling invectives and physical objects at the subjects of his ire.
People were quick to blame the actresses. "Why didn't you say anything?" outraged lookiloos demanded. "If he was such a bad guy, why work with him?" This, of course, was a misguided instinct, to say the least.

Hollywood, despite all appearances, is a very small community commanded by a few powerful men. At the very top of this hierarchy – which included other abusers like James Toback, Brett Ratner, Russell Simmons, Kevin Spacey, Matt Lauer, Woody Allen, Roman Polanski and the ilk – sat Harvey Weinstein.

As head of Miramax, and, thereafter, the powerful Weinstein Company, Harvey was damn near untouchable. He had friends like a top editor for The National Enquirer and several other media figures in his pocket, and routinely hired the services of ex spies to gaslight and keep tabs on the women he abused. He was friendly with other celebrity abusers like Kevin Spacey, Bryan Singer, James Toback and the like. In fact, if there was one thing that this entire scandal taught us, it was that abusers hung out together and created safety nets to protect themselves from allegations or lawsuits.
He also wielded his power in a more indirect way to cut down and squeeze out actresses who did not acquiesce to his advances in what he deemed a satisfactory manner. One of those actresses included Salma Hayek.
This week, Hayek wrote and op ed for the New York Times in which she detailed the horrifying ways Weinstein harassed, gaslit and assaulted her during the making of the movie Frida, the film for which she was eventually nominated for the Best Actress Oscar.  It was a nearly two-year ordeal which ended in Weinstein methodically dismantling the career she'd worked so hard to build. But that wasn't the end of it...

This is a POWERFUL story by my friend, Salma Hayek. Bravo, @salmahayek. Your truth speaks a THOUSAND words and shou… https://t.co/AA5w9cWdky
— Marlee Matlin (@Marlee Matlin)1513198181.0

Before starting Frida, Hayek had signed a deal to do several other films with Weinstein's company at the time, Miramax – a deal which she thought "would cement [her] status as a leading lady."

Instead, Hayek saw her roles dwindle to tiny bit parts.
This is true of many other Best Actress contenders, and a cursory glance between them and Weinstein's list of accusers shows a startling amount of overlap. There's Mira Sorvino, who won Best Supporting Actress for her role in Mighty Aphrodite, and said: "There may have been other factors, but I definitely felt iced out and that my rejection of Harvey had something to do with it." Weinstein chased her around her apartment and wouldn't leave until her boyfriend got home.
Angelina Jolie and Gwyneth Paltrow, both best actress winners and Weinstein accusers, also suffered the wrath of Harvey, although they managed to weather those storms due to their deep connections in Hollywood (both are descended from Hollywood royalty).

Other actresses whose career took a hit because of Weinstein (that we know of) include Heather Graham, Tara Subkoff, Kate Beckinsale, Minka Kelly, Rose McGowan, and Rosanna Arquette, who declined giving Weinstein a "massage" through his bathrobe. As she pulled away, Weinstein reportedly said she was "making a big mistake."
All of this may not, in fact, be coincidental. As Amy Nicholson, a film critic for MTV News, explained –  there is no actual Best Actress curse. What is at work, she said, "is plain, old, unmagical sexism." And a lot of it, it seems, can be pointed squarely at the feet of Harvey Weinstein and his coterie of abusers and rapists.