Could You Walk on This Optical-Illusion Carpet Without Getting Nauseous? | 22 Words 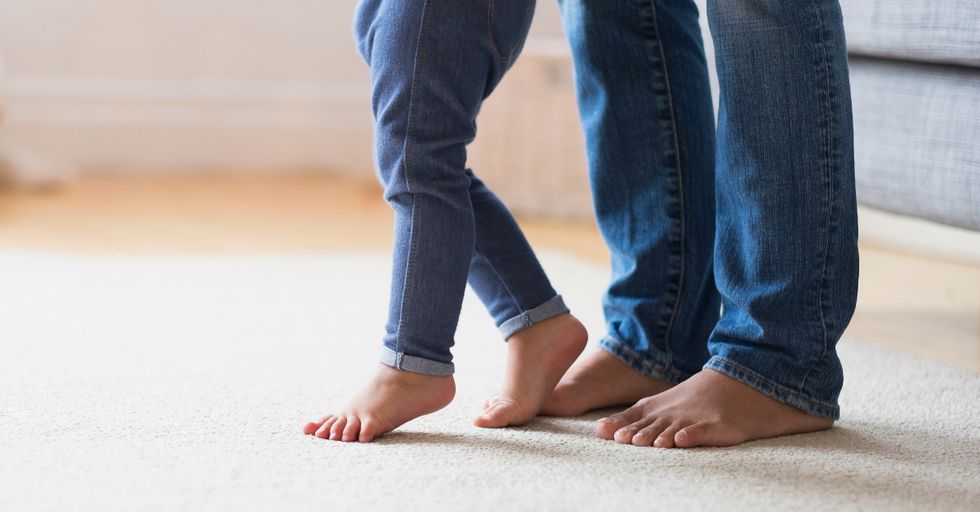 Could You Walk on This Optical-Illusion Carpet Without Getting Nauseous?

What would you do if you walked into an ordinary-looking record shop only to discover that something seriously crazy had happened to the floor? On September 20, a Twitter user posted a bizarre photo that the internet has been losing its collective mind over.

But the now-famous photo has a twist, and you may get a headache trying to figure out how it works.

Optical illusions, when done correctly, can be surprisingly effective.

Take this image, for example. Is this a man with a pipe? Or a horse?

And who can forget the infamous dress?

Remember those infuriating Magic Eye pictures everyone was obsessed with in the '90s?

Everyone's favorite cool girl Blake Lively posted this throwback pic last year, giving us all instant nostalgia. Raise your hand if you were never able to make one of these work. We feel you. We never could either.

This mind-bending illusion seems like the work of witchcraft.

But it turns out that it's actually just the work of the "Jastrow illusion." Although there are several theories as to why this occurs, the most common is that "the brain is confused by the difference in size between the large and the small radius. The short side makes the long side appear longer, and the long side makes the short side appear even shorter," according to Wikipedia and studies on the topic.

And what about these oily legs?

How shocked were you when you realized that they're not actually covered in oil, but simply have strategically placed paint streaks? Once you see the paint, it's pretty impossible to ever see the oil again. But what happens when an optical illusion like this is actually incorporated into real-life environments? Especially in a way that might even make you sick? Keep reading to see the now-viral carpet that you should probably avoid if you suffer from vertigo.

This photo was originally posted by Twitter user @MrMuselk — who happens to be a famous Australian YouTuber — on September 20.

And yes, that floor is totally flat. It utilizes forced perspective to create a series of dips and bends that make it look terrifying to walk on.

I mean seriously, can you imagine actually walking on that?!

We think it's safe to say that a lot of people fall down in that store. Does it have a "caution" sign posted so customers get a warning before entering? Otherwise, the shop owners could definitely have some lawsuits on their hands.

The photo of the wacky carpet has received 1.9K comments.

The responses are an equal mix of awe and horror. It's slightly hypnotizing if you stare at it long enough. It almost looks like a black hole is about to open up in the middle of the store and swallow all those CD racks.

The photo, which has been retweeted 76K times, has also prompted several users to post similar examples of crazy optical illusions.

Take this poor child who's about to be eaten by a shark, for example. Just look at all the people standing around taking photos! How heartless.

Just look at those brave people clutching on for dear life. And to think, this steep dropoff is right in the middle of a city street! Stay safe out there people!

Another user posted this trippy hallway located in the UK.

There's a definite "Alice in Wonderland" vibe going on here. We would probably avoid the righthand side altogether. Just to be safe.

But, as one user commented, what does it look like from the other side?

A whole lot less magical, it turns out. From this angle, it just looks like the work of a poorly trained tile contractor. Womp, womp.