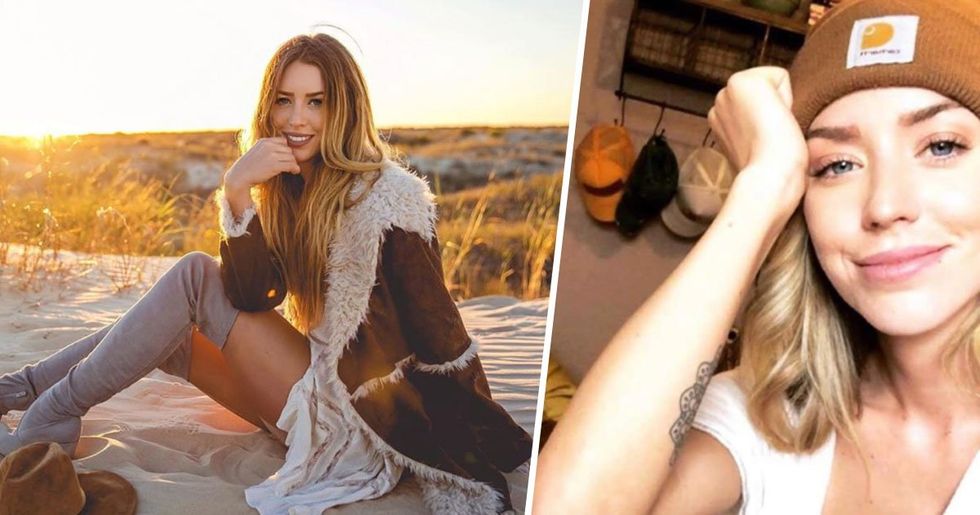 Life is short and every moment we have should be cherished.

Unfortunately, some people's lives get cut short. This week, country singer, Kylie Rae Harris, has died at the age of thirty. Her management, Torrez Music Group, released the information in a statement that sent waves throughout the music industry.

This is Kylie Rae Harris.

A Texan-born country singer who was leaving her mark on the music industry.

This is where it all started...

At age twelve, Kylie enrolled in a vocal camp and where she learned to compose her own music and play instruments.

Over the years she had managed to hone her craft.

Initially, after rejecting a music scholarship, Kylie decided to go on Troubadour, which was a television show that documented her rise to becoming the next new big-name in country music.

In 2010, she finally released the album her fans had been waiting for.

All the Right Reasons became Kylie's debut album, which was shortly followed by an EP called Taking It Back.

And they proved to be pretty popular among country music fans.

Kylie's catchy country beats and her knack for telling a story throughout her work helped her to gain a solid foundation upon which she could build a successful career on.

But, sadly, this was cut short.

Things don't always plan out how you want them to. Kylie was supposed to be performing at the "Big Barn Dance" in Taos, New Mexico.

On her way there, the worst thing happened...

The country singer was involved in a three-car collision which led to her death as well as the death of another sixteen-year-old girl who was in another vehicle.

The crash took place in the early hours of the evening...

While on State Road 522 in Taos County, a driver had plowed into Kylie's vehicle and the country singer was killed at the site. The other victim has not been named yet. The other driver got away without any injuries

"Two drivers - a 30-year-old woman and a 16-year-old girl - were killed and that the third driver escaped injury in the Wednesday night." They also exposed that there were "alcohol-related" symptoms that caused the accident.

Initially, none of the identities had been released until Kylie's management released this statement:

In a statement to Billboard, this is what they said: "We are heartbroken to confirm that Kylie Rae Harris passed away in a car accident last night. We have no further details to share and ask for privacy for her family at this time."

"The best tribute to her unmatched enthusiasm for both is to spread as much love as you can today, and listen to music that fully inspires you."

Shortly before the accident, Kylie was active on her Instagram.

She posted on her Instagram story about how being in Taos reminded her of her childhood. She had spent the past twenty years of her life going to and from the place with her family.

She also added in there that she was "low on gas."

In her last tweet, she wrote this: "Fuel range is 46 miles and I’m 36 from the nearest gas station. Dear baby Jesus please don’t let me get stranded in NM."

Maren Morris, a fellow singer-songwriter posted this: "Damn. I just heard the news and I’m in shock. @kylierh, you have always been so sweet and supportive of me. You soulful voice and Texas beauty was always jaws-dropping, even when we were teenagers at the Larry Joe Taylor festival. Thinking of your family and your precious baby girl right now. Rest in peace."

And Josh Abbott tweeted this:

What makes the situation all the more heartbreaking is that Kylie has a six-year-old daughter.

The singer dedicated a whole song to her daughter named "Twenty Years from Now." In an interview with Billboard she expressed this: "I want to meet my kid’s kids. Getting to the age your parents were when you were a child brings a whole lot of perspective."

Her fans have taken to social media to express their sadness at the sudden loss.

The posts have now expired from her Instagram story, so they cannot be seen anymore. However, they have been screenshotted and saved by fans who wish to remember her in her last moments.

And many mothers' hearts are broken today, too.

@joshabbottband @KylieRH Her interview about her song Twenty Years from Now ... I have sat in my office just heartb… https://t.co/IUkGBWgwHj
— lacee romero (@lacee romero)1567710643.0

This is such a horrible tragedy.

RIP, Kylie Rae Harris - you will be missed.