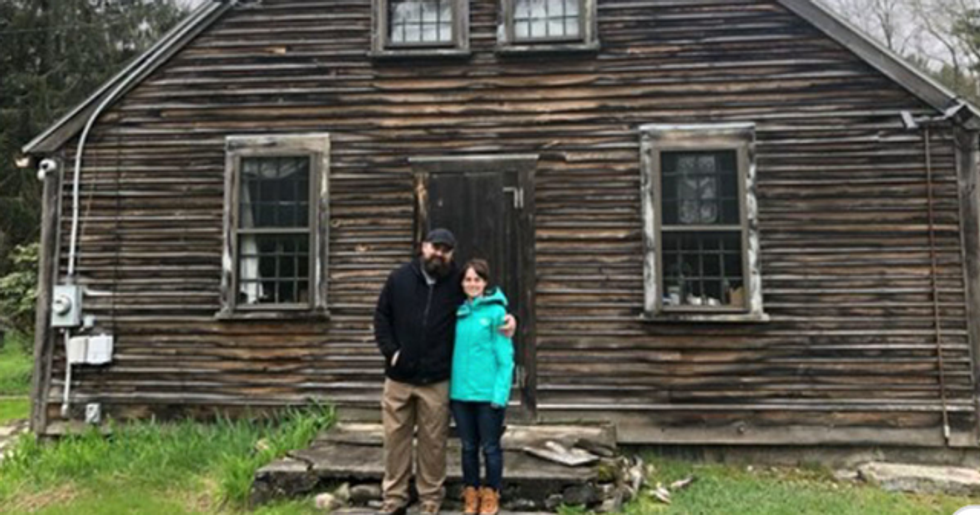 Horror fans have long enjoyed the Conjuring franchise - a truly bone-chilling haunted house movie series that keeps on giving in terms of scares. But what makes these movies all the more terrifying? It's those fateful words, "based on a true story."

Ghost hunters, Ed and Lorraine Warren, contributed their spooky experiences to the horror movie - particularly focused around the Perron family and their haunted Rhode Island farmhouse. Since the film's release, an adventurous - and brave-hearted - couple from Mexico have purchased the property and moved right on in. But things aren't going as smoothly as they may have hoped - and their reports about what goes bump in the night will freak you out.

Whether it's true crime, legendary monsters, unsolved mysteries, or paranormal activity, there's something about the creepier side of things that has an undeniable draw.

Perhaps it's that rush of adrenaline that comes with a good scare that makes us feel a bit more alive. Or maybe we're just gluttons for punishment - who knows?

For many, they're the pinacle of '10s horror.

Perhaps one reason for its success is the fact that it plays into a horror film genre favorite - that of the haunted house.

The fact that the events of these films are all based upon true stories. The inspiration behind The Conjuring franchise are the experiences shared by real-life paranormal investigators.

Their names are Ed and Lorraine Warren, and they were essentially ghost hunters. You may be more aware of their most famous case, the Amityville Horror.

The eldest of the Perron children, Andrea, has recounted horrific memories. "I thought I was going to pass out. My mother began to speak a language not of this world in a voice not her own. Her chair levitated and she was thrown across the room."

The couple have shared some of their most creepy moments since they've moved into the supposedly haunted property - and we have to say, we're feeling pretty spooked.