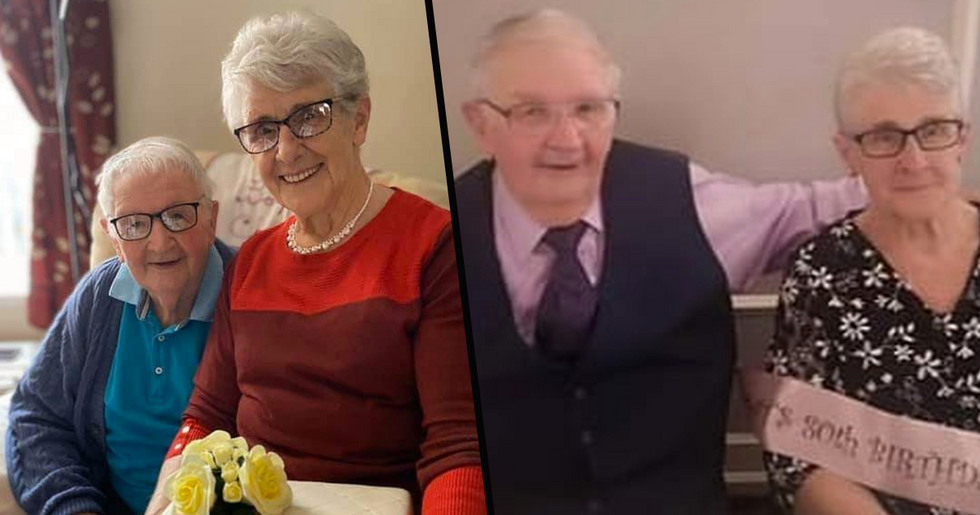 Sadly people are still ignoring the advice to self-isolate, and it's these selfish actions that are prolonging quarantine for everyone.

A devoted husband and wife are the latest to suffer the consequences, but how they caught it has left their family questioning everything.

Millions of people all over the world have been forced to self-isolate.

Including a devoted husband and wife, who despite playing by the rules, ended up paying the most shocking price.

It's an incredibly isolating experience for many people...

Spending weeks and weeks alone is enough to send anyone into a dark place.

And, making things even worse...

The elderly, and those who are considered as "vulnerable", must self-isolate at all costs, meaning they cannot come into contact with others for their own safety.

Most couples have been toughing it out and abiding by these harsh rules...

And have simply been looking forward to being reunited with their partners once again.

Some grandparents are missing out on family milestones.

Visits behind glass are too much for some people.

Like most grandparents, all my parents have are window visits with their grandsons. If people don’t obey isolation,… https://t.co/ZyPQMmbR5k
— Donna-Marie Cullen (@Donna-Marie Cullen)1584832496.0

The lockdown has people longing for a simple embrace from family.

People have taken to social media as an outlet for their lockdown frustrations.

Is feeling so frustrated with people ignoring the advice on social distancing and self isolation because it's an in… https://t.co/hlcKYz7NXg
— Amanda Slone (@Amanda Slone)1586043811.0

But still, people are disobeying the isolation rules...

Thinking that going out for socializing is completely acceptable...

Selfish actions like these are dragging out the isolation process for everyone.

A devoted husband and wife are amongst those who have suffered from isolation negligence.

Bryn and Pat Howells, from Wales, UK, contracted the disease despite being in isolation for 4 weeks.

Eighty-year-old Pat started to feel unwell on Saturday, April 4, followed by eighty-six-year-old Bryn, who started to develop symptoms shortly after.

The couple were both admitted to the Royal Glamorgan Hospital in South Wales last Thursday, where they both tested positive for the virus.

Just 5 short months ago, the couple received a card from the Queen, congratulating them on their Diamond wedding anniversary.

They were both put on ventilators in the same ward where they tragically passed away from the virus on Easter Monday.

The great grandparents were described as “pillars of the community."

The family was in complete shock.

We lost our wonderful, wonderful grandparents yesterday. We are beyond distraught and trying to take comfort in tha… https://t.co/QonxysxgBr
— Elliot Howells (@Elliot Howells)1586855917.0

Their grandson Elliot said: "Their home had an open door and their house was so full of love." The family is trying to take comfort in the fact they died together. However, there are some positives emerging from people self-isolating. Check out the adorable pictures Robin Williams' daughter found doing a quarantine spring clean...