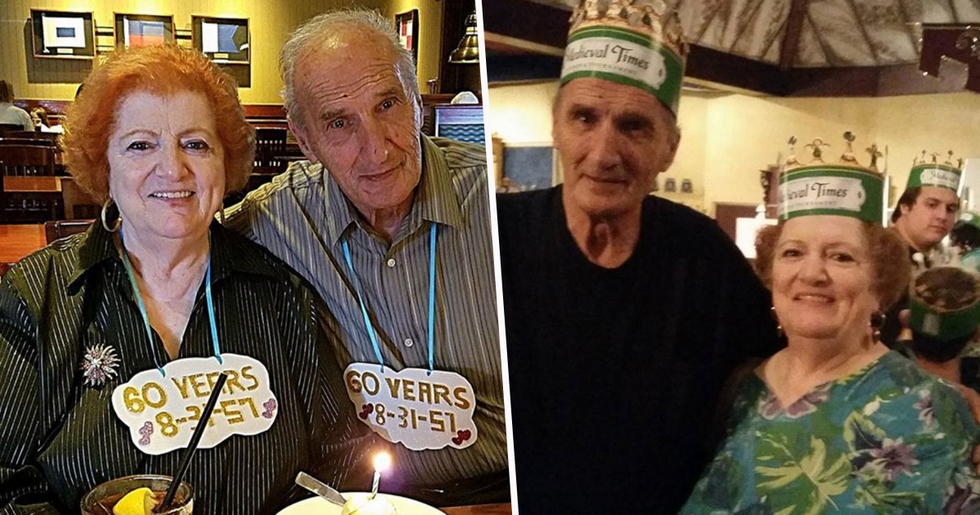 Tributes have been pouring in for a grieving family in New Jersey after coronavirus claimed the lives of a married couple and their son...

Heartbreaking news has emerged this week.

As the pandemic continues, we have heard of some devasting losses at the hands of the virus.

But one has stood out from the rest.

And it comes after a happily married couple were faced with utter devastation, only for the family to be dealt another horrific blow.

Larry and Vicki Freda had been married for sixty-two years.

Larry served in the US Army before working for 24 years at the old Pabst Blue Ribbon brewery in Newark, while his wife, Vicki, worked for the Township of Fairfield for many years.

But, back in April, tragedy struck.

Larry and Vicki were faced with an unimaginable loss.

On April 22nd, their son, John passed away from coronavirus.

He was just fifty-one years old.

This was absolutely devasting for Larry and Vicki.

We can't imagine how it must have felt.

But, to make matters even more heartbreaking...

Just 2 days later, the couple also succumbed to the illness.

They would have still been grieving the loss of their son at the time.

The illness claimed the lives of the couple on the same day - at the ages of 85 and 83, respectively.

The couple are outlived by 2 other sons.

We can't imagine what the family must be going through right now.

After the devasting news emerged...

Gov. Phil Murphy honored the family in a series of tweets.

"Larry and Vicki loved being grandparents."

"May God bless these 3 souls."

Murphy remembered Larry for "his humor and smile."

And hailed Vicki as "incredibly creative, and a den mother in the Cub Scouts for each of her 3 sons."

After he posted the heartfelt tweets...

Tributes came flooding in for the family.

@GovMurphy I went to school with John he was a nice guy. He died from Covid about a month ago
— gina colangelo (@gina colangelo)1597252853.0

@GovMurphy Thank you very much Gov. Murphy! This is part of my family! 😢My Mothers only sister, her husband and son… https://t.co/Bp3GjtKf5J
— Denise Biondolillo (@Denise Biondolillo)1597329241.0

Our thoughts are with their friends and family at this difficult time.