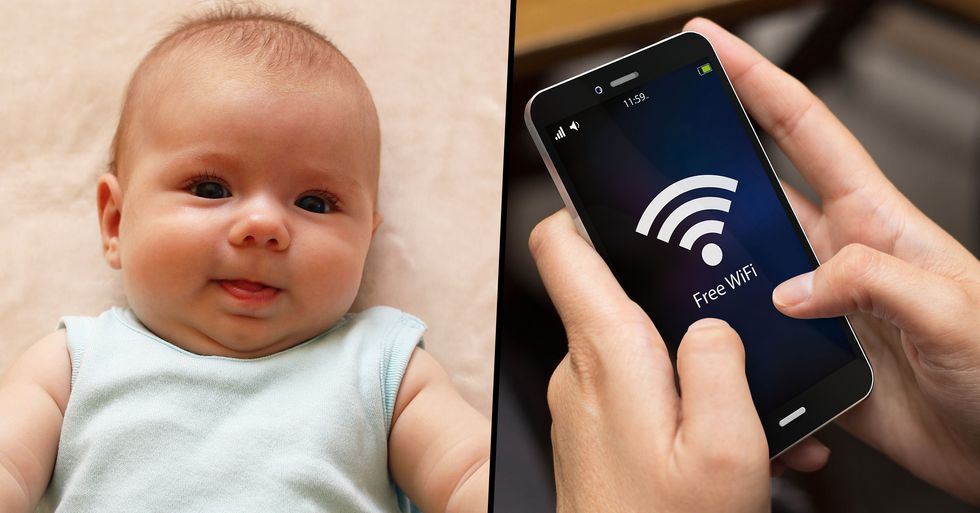 Why do people decide to name their kids the weirdest of things? No one does it better than celebrities, except for this one couple...

There's a whole host of crazy names out there...

And celebrities especially like to think outside of the box, when it comes to their children.

Now, we know celebrities love to name their kids weird things, but one couple might have taken things a little too far.

It all started when a father saw an advert on Facebook...

It was for a new start-up company called Twifi, who were offering free broadband for eighteen years to any parents that name their child after the company.

And they spiced it up with two options: Twifus or Twifia.

And one couple, aged thirty and thirty-five, took the bait. They decided to remain anonymous because they were "somewhat embarrassed" about their decision, as anyone would be, naming their kid "Twifia."

They tried to explain the reason for the unique name...

Speaking to kidspot.com.au, the dad said this: "The longer I thought about it, the more unique the name became for me, and that was when the thing got its charm."

And the mother also had her say, even though she wasn't initially sold on the idea:

"It's his child too. And for me, the name Twifia also stands for connection in this context. For an eternal bond! There are much worse names. And the more often we say 'Twifia', the heartier the name sounds!" Does it though? Does it really?

But their big decision also came with some regrets, they claimed.

"We want to remain anonymous to those around us because we don't want to justify ourselves. Because the accusation of having sold our child's name hits us very hard. "We are also a little ashamed."

Well, I'm sure eighteen years of free WiFi will help patch things up.

Philippe Fotsch, the CEO of Twifi, has backed up the deal confirming that he will pay for their internet even if his company goes bust, saying it was a "matter of honor." So it's a win-win. But maybe not for Twifia. Yikes.