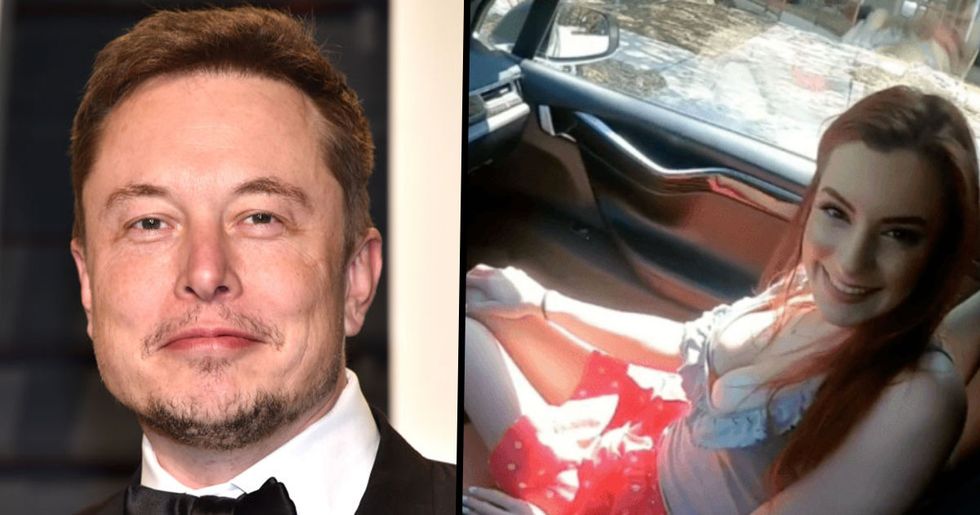 Tesla may be the leader in self-driving technology but people keep forgetting one thing - it's only semi-automatic.

CEO, Elon Musk, confirms that Tesla's Autopilot, although quickly improving, is still only semi-autonomous and that it's dependent on the driver keeping their eyes on the road. In fact, experts have given the company a low score for this particular criterion, even though all others have been scored high.

It seems that full Autopilot is still a little way down the road. But even if it was already available, who says we would be using it wisely?

One young couple made us ask this exact question when they decided to shoot a video of themselves having sex while driving with Autopilot.

It's likely that Autopilot will soon be so reliable that driving will be completely hands-free.

According to Business Insider, Tesla CEO, Elon Musk, has recently said, "I think it will become very quickly — maybe even towards the end of this year, but I would say I'd be shocked if it's not next year, at the latest — that having a human intervene will decrease safety."

Musk believes that Tesla is way ahead of its competitors when it comes to their goal of making Autopilot fully independent.

"I could be wrong, but it appears to be the case that Tesla is vastly ahead of everyone," he said.

And it's just one of several bold predictions the CEO has for his company and its Autopilot system.

In February, he told ARK Invest that Tesla might even go completely hands-free by the end of this year.

Don't get excited yet, though. Musk is known for making predictions that turn out to take longer than anticipated.

He said in 2015 that hands-free Autopilot would be available in about 2 years. (Still waiting...)

He's also missed several deadlines to release a self-driving car in the US.

However, Tesla is still the leader in semi-autonomous technology.

"The system can control steering, acceleration, and braking in some environments with driver supervision," Business Insider says.

Last year, Autopilot was given the highest rating for "capability, performance, and ease-of-use" when compared to 3 other driver-assistance systems.

But it also got the lowest rating for "keeping drivers engaged." This particular issue has been a major factor in several fatal accidents.

No wonder, then, that some experts doubt that Tesla will be able to turn a semi-Autopilot into a fully autonomous system.

That's why a 2019 report has ranked Tesla's self-driving technology nineteenth out of twenty in strategy and execution.

But even if we do have full Autopilot soon, it doesn't mean we'll use it wisely.

Note that Tesla is not fully autonomous yet... As the company informs us, their vehicles are "intended for use with a fully attentive driver, who has their hands on the wheel and is prepared to take over at any time." Their hands were definitely not on the wheel.

But Jackson was prepared to test the car's limits.

They posted on Instagram a screenshot of the video, saying, "Reporting you to Elon for not having two hands on the wheel with autopilot enabled."

Jackson says that she's new to the adult-entertainment industry.

At the time of filming the video, she had just started "selling clips on Snapchat and other platforms."

She was with her boyfriend on a road trip when he talked her into having sex while the car was on Autopilot.

Tesla assures that although accidents have happened, they are rare.

But their Autopilot still needs a lot of work before it can be fully autonomous.

Jackson says that she'd had experience with Autopilot before and so she wasn't afraid of crashing.

"However," she said, "I did bump the steering wheel, knocked it out of Autopilot."

@elonmusk I bet when you named Tesla cars to spell out SEXY, you didn't think anyone would take it so literally. HA HA.
— James Hoffmann (@James Hoffmann)1557434924.0

Heavy traffic does not sound like the best time to test your Tesla's limits...

Especially for as long as the couple did.

However, despite the clear danger to themselves and everyone around them, Jackson says she would do it again.

"The feedback has been great so far, and the comments, for the most part, have been amusing," she said.

"Looking at it now, I feel we could've made it better. Maybe we will make another one." As for other people, they thought the story was as troubling as it was hilarious.

Scroll down for the funniest comments so far.

Nikki Mina Pablo: "Where is the video? Just checking if Autopilot really works."

Harmony Hix quoted Taylor Swift, writing, "This is why we can't have nice things."

Sarah Muller: "Oh boy, I know what I’m watching when I get home from work ?"

Dustin Vu: "I really need the link for science purposes, also asking for many people here."

Helio Figueiredo: "On the highway to heaven. Tesla cars, so useful."

Bob Martin: "Low carbon footprint, would be a green movie."

Juan Carlos: "I will not believe till I see the video. Comfortably at home. Alone..."

Ty Rivard: "This is just a Tesla advertisement."

Adel Shaker: "I volunteer to do the same experiment in a manual car for the sake of science."

Rahn Tabron: "There are actually a handful of these types of videos...? said someone I overheard while reading my bible just 2 minutes ago."

Wes Quinn: "One of the first things I thought of when I heard about autonomous cars."

Elaine Elizabeth Crespo: "Someone is getting nominated for the AVN awards this yr...lol"