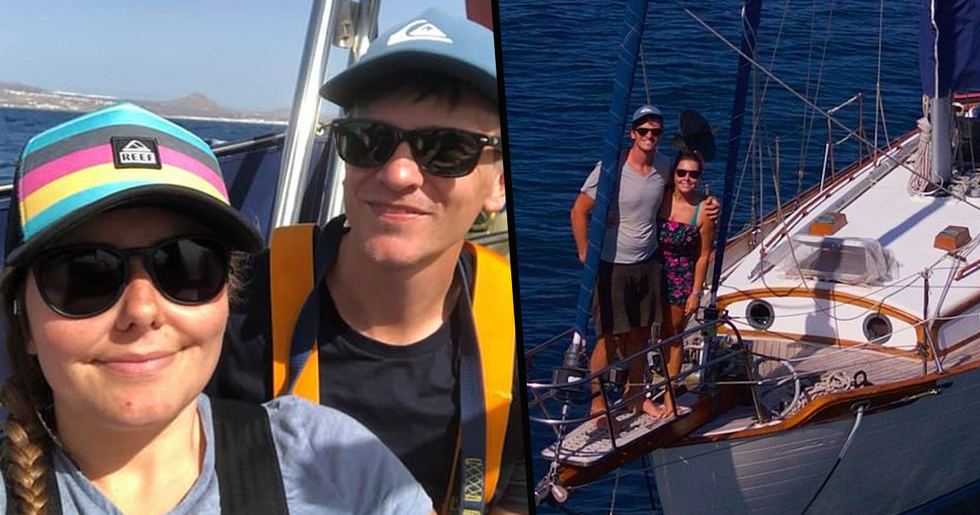 With the pandemic dominating all our newspapers and headlines, it'd be pretty difficult to have not heard about the deadly virus that has been sweeping across our globe.

But there are two people who somehow missed this memo. One couple we're enjoying the holiday of a lifetime - and nobody told them they were in the middle of a horrifying pandemic...

The deadly virus has taken our planet hostage, and is showing no signs of letting go anytime soon.

Because, fast forward a few months, and nearly every major country in the world has been infected by the virus.

The first case was confirmed in Washington in late January after a citizen returned from a trip to China.

The virus has obviously been the main thing to dominate our headlines this past month.

It'd be pretty difficult to have not heard about the pandemic. Even if you are avoiding the news, you're bound to have heard from word of mouth.

He emerged from a 12-day yoga retreat with no idea about the pandemic. Crazy!

And he wasn't the only one.

It seems there are a select few circumstances that could lead to people not knowing what's going on around the world...

Well, the two were actually in the middle of the Pacific Ocean on a yacht journey of a lifetime.

They traveled 3,000 miles from the Canary Island to St. Vincent.

During which time they had no mobile phone signal or internet connection.

And as for other boaters they encountered?

The pair had asked not to be given any "bad news" - which was basically all the news during their trip!

It was only as they approached land they realized nothing was as normal.

They were banned from entering several Caribbean ports.

But the pair reportedly still didn't grasp the gravity of the situation.

They believed the refusals were part of a careful precaution - rather than a globe-shattering pandemic.

They were eventually allowed to dock.

As their yacht's GPS proved that the pair had actually, accidentally, been in a 15-day quarantine together.

The couple are currently marooned in Bequia, Saint Vincent.

But it's not known what they'll do next - as travel to basically anywhere is still strictly prohibited!

Is it bad that we're kind of jealous they missed this horrifying time?

Although we don't envy their new stranded status whatsoever! Want more offbeat lockdown content? Scroll on for what all your favorite stars have been up to ...