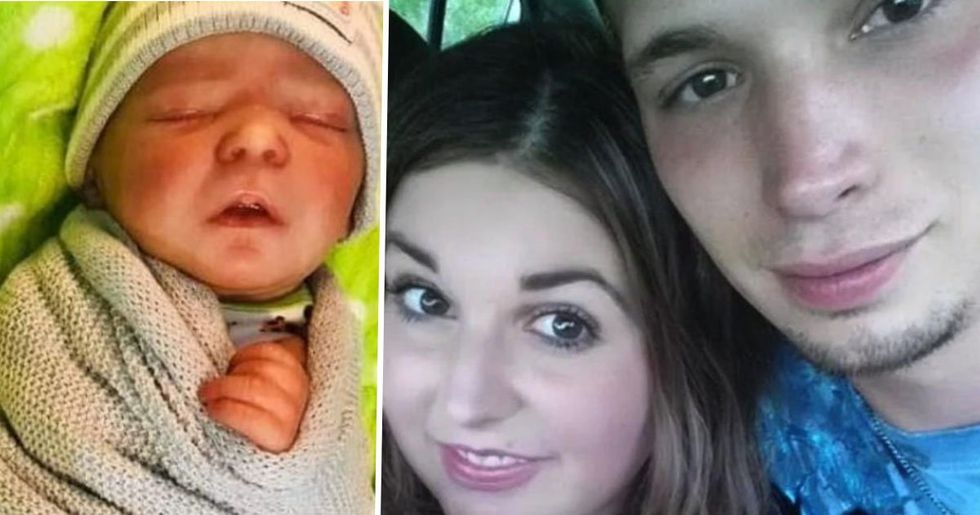 In times of desperation, a get-rich-quick scheme can be tempting - but within reason. There are some lines that most of us would just never cross, no matter how big the potential payout. But one couple from Pennsylvania have been outed for one of the most out-there (and truly heartless) scams that the internet has ever seen.

Kaycee and Geoffrey Lang came up with a truly bizarre way to earn a little extra cash from their acquaintances. The pair faked a pregnancy, birth, and eventual death of their fake "baby," then set up a GoFundMe, accepting donations for medical bills and funeral costs. Read on for all of the details of their horrific scam.

When purse strings are tight, it can be tempting to try to boost your income.

Undertaking a get-rich-quick scheme may not always be the smartest idea - but if it's necessary, it can end up helping those who are struggling to budget.

But if you do decide to make an attempt to earn some fast cash, there's something important to bear in mind.

Try to secure the bag, sure - but don't forget to also retain your dignity and moral compass along the way. Otherwise, you can end up losing yourself.

And when trying to make some cash, fast, there are some lines that you should never cross.

It can be easy to lose yourself when making a quick buck is involved - but if what you're doing could end up hurting someone else, then it's probably worth considering a rethink.

And there are some things you just don't joke about.

Trying to make cash, based on death, particularly the death of a child, is really unconscionable.

Which brings us to today's story.

And one Pittsburgh couple have landed themselves in hot water thanks to a scam-gone-wrong.

This is Kaycee and Geoffrey Lang, and they've shaken the internet this week as news of a bizarre and particularly heartless scam has gone viral.

The scam in question?

Well, it involved the birth (and death) of a baby - which is already some pretty shady territory. But this story actually gets even worse.

What makes this scam even more sick?

The "baby" of Kaycee and Geoffrey actually never existed at all. In fact, the child was played on the internet by a creepily realistic doll.

Much of the pregnancy played out on social media.

Like any young mother-to-be, twenty-three-year-old Kaycee posted images of her growing bump on Facebook. But unlike other soon-to-be-moms? That bump was entirely fabricated.

The pregnancy was used as a money-grabbing opportunity.

The couple threw a well-publicized baby shower to celebrate the "new life" that they were bringing into the world - both of the couple's supposed first child.

Why, for material gain, of course! Kaycee and Geoffrey used their baby shower as a means to acquire tons of gifts and cash from well-meaning friends and family.

This wasn't the only benefit that Kaycee reaped.

The young "mom" managed to use her pregnancy as an opportunity to take a "well-earned" break from the stresses of life. In fact, she spent the last two months of her "pregnancy" under strict bed rest.

But of July 3rd, the couple made a proud announcement.

Geoffrey and Kaycee took to Facebook to tell the world of their newborn son. They claimed that their baby was born weighing seven pounds two ounces at Conemaugh Memorial Hospital at 3.11am.

They even shared images of their "son."

The pair claimed to have named their newborn baby Easton Walt. But, only shortly after his birth, they claimed that tragedy had struck.

The pair shared the news just hours after the "birth."

Kaycee and Geoffrey claimed that their newborn son had sadly passed away as a result of respiratory distress syndrome.

They even shared a photograph of their "son."

Of course, now we know that this is actually a photo of a realistic, fake baby doll - which makes it seem even creepier.

The couple even shared a heartfelt obituary.

"Easton’s parents were blessed with just a little over 5 hours before he went to his heavenly home at 8.20 am Easton experienced holding hands and hugs and kisses with his mommy and daddy and being told uncountable number of ‘I love yous,'" it read.

But their social media rampage didn't stop there.

Next, Kaycee and Geoffrey set up a GoFundMe page to help cover the costs of their "son's" supposed medical bills and funeral.

The pair even held a memorial service for their baby, following a faked cremation.

"Please keep my wife and I in your thoughts and prayer. Our son Easton was born with fluid in his lungs and passed away a few hours after he was born. We would greatly appreciate if as many of you guys could share this and if u are stable enough to do so is donate also to help pay for the funeral expenses and medical bills," the GoFundMe page claimed.

But not everyone believed this story.

The first suspicions about the story came from Kaycee’s best friend, Cynthia Dilascio. Cynthia had noticed a lot of aspects to the tale which just weren't adding up.

Cynthia then decided to contact the funeral home where the baby was supposedly cremated.

And after they confirmed that there was no record of any newborn being cremated at that time, Cynthia decided to take her story to the authorities.

Cynthia had noticed other inconsistencies throughout the pregnancy.

She claims that Kaycee had shown her the gender reveal information from the hospital - but, rather than it being any sort of official document, it was simply a sheet of blue paper.

She also claimed that Kaycee had disappeared for the final months of her pregnancy.

After all of this information was handed to the police, they gained a search warrant on Kaycee and Geoffrey's home. During this search, they discovered the lifelike doll that they believe to have been in the social media images.

The GoFundMe page has now been taken down.

But screenshots of their obituary still exist online, showing how dedicated this couple were to grabbing money and sympathy from friends and family. "I don’t know what their motive was but to hurt your family and everybody is just sick," Cynthia has said.

The couple are now facing charges.

They're both facing indictment for misdemeanor threat charges, with their court date set to occur this September. GoFundMe has promised to refund all donations. For a story of a scam with a far happier ending, though, keep on scrolling.