The virus has been spreading at an alarming rate... | 22 Words 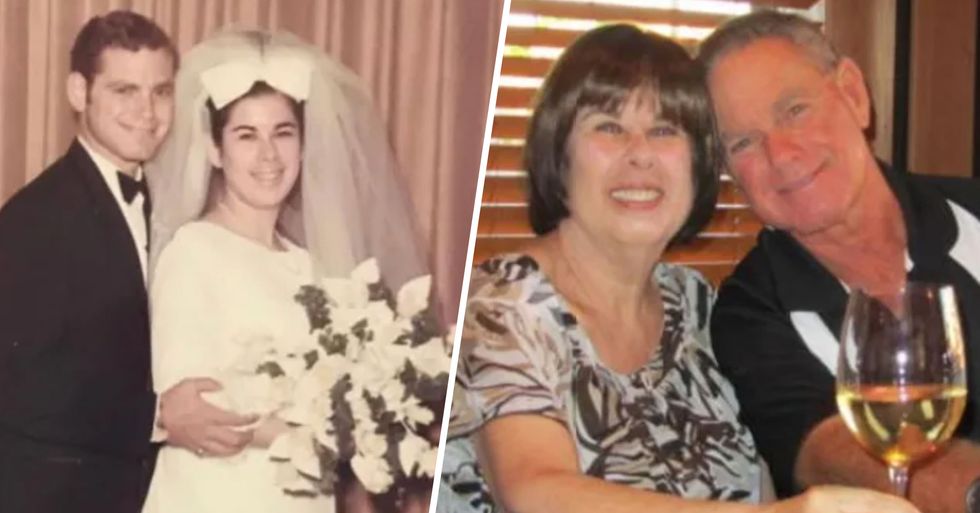 Heartbreaking news has come in today of a couple who, after being married for fifty-one-years, passed away within a mere 6 minutes of each other as a result of the devastating medical pandemic sweeping the globe.

Keep scrolling to read more about the inseparable couple, and to hear the poignant message their grieving family has for anyone not taking the virus seriously...

And, here in the States, we haven't been faring much better.

As it stands here in the States, over 300,000 people have been infected with the virus.

And now, the most heartbreaking story has come in from Florida...

Happily married couple, Stuart and Adrian Baker, who had been enjoying their retirement in Boynton Beach, Florida, passed away within minutes of each other as a result of the devastating virus.

They had been married for fifty-one-years.

Stuart, seventy-four, and Adrian, seventy-two, were reportedly in good health before contracting the virus and had never suffered from any serious health conditions.

The couple were diagnosed with the virus 3 weeks ago.

Speaking to ABC News, their son, Buddy, president, and CEO of Exclusive Sports Group, explained, “My dad was admitted and my mom was sent home. My parents were married, as I tweeted, fifty-one-years and [were] virtually inseparable. They were never in different places and they were rarely in different rooms. So we were really worried about my mom being by herself… We would go see her and she was very weak and really wasn’t walking great."

"I was informed, on the phone, by two separate doctors, that each one of [my] parents were [most likely] not going to make it. [My] mom on Wednesday woke up for a few minutes and kind of waved at us through the glass. We didn't go in the room and it just got worse every day," he said.

After their organs began shutting down, his parents were put on life-support machines...

And, on Sunday, he and his siblings made the devastating decision to turn off their ventilators. “Our request was that when they [took them off the ventilators], that would allow them to be in the same room," Buddy explained. “[The hospital] put them in the same room and they actually sent up a picture of them holding hands [while sedated]." They passed away within 6 minutes of each other.

And now, following on from their heartbreaking death, Buddy has a message for all those still not taking the pandemic seriously.

In a video posted to Twitter, which now has over a million views, Buddy urged people to heed social distancing and stay-at-home recommendations from public health officials.

He doesn't want his parents' death to go in vain.

"Until it touches you or touches somebody you know or you hear a story, you kind of feel removed from it," Bobby told CNN. "... Hopefully, my parents' passing doesn't go in vain."

In loving memory of my mom and dad- please make the tough and right choice and help stop the spreading of this viru… https://t.co/kyGdALN5Qz
— Buddy Baker (@Buddy Baker)1585687125.0

Rest in peace, Stuart and Adrian. For more on the devastating consequences of this pandemic, keep scrolling to read about the young woman who said goodbye to her mom over the radio before passing away...