Couple Win $2.6 Million on Lottery Then 3 Days Later Teen Son Gets All Clear From Cancer | 22 Words 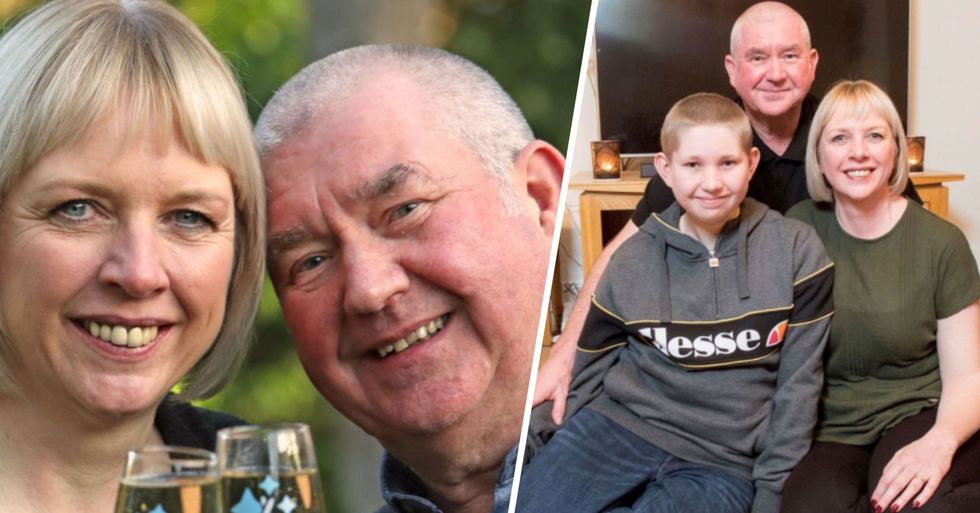 Couple Win $2.6 Million on Lottery Then 3 Days Later Teen Son Gets All Clear From Cancer

When it comes to lottery winners, it's obvious that there are people out there who deserve to win a cash fortune a little bit more than others.

Some people are plagued with illnesses and poverty throughout their lives, and it's these people who truly deserve that stroke of good luck.

A couple from the United Kingdom won a staggering $2.6 million on the lottery, and a mere 3 days later, they received the best news about their teenage son.

Cancer is the world's biggest killer.

It has been estimated that 609,640 people died from cancer here in the United States last year in 2018.

It's no secret that battling cancer isn't an easy ride...

Both mental and physical endurance are needed when battling the vicious disease, and sadly, most forms of treatment are extremely aggressive on the human body.

Cancer victims deserve nothing but happiness and good health.

The physical and mental stress that they go through during their treatment is unimaginable, and it is a devastating reality that not everybody makes it through to the other side.

One family from the U.K. have been battling the deadly disease...

John and Allison McDonald, of Stockton on Tees in the North of England, have been supporting their teenage son, Ewan, through his battle with cancer.

It was a terrible shock to the family...

Ewan has been undergoing chemotherapy since May of this year after being diagnosed.

As any family who has experienced this terrible disease can relate...

It is extremely straining both physically and emotionally.

But a wonderful thing happened for the family recently...

An incredible Christmas present for the family...

"What a start to 2020," said Mr. McDonald to Sky News, who revealed his "legs were trembling" as he rang lottery operator Camelot to "check that what I was seeing was in fact right."

When John called his wife, she initially thought there was something wrong with Ewan...

"Never did I believe when I called him back he would be telling me we had won the lottery jackpot." The "fantastic win" has given the couple the "financial security to buy a lovely new family home."

But this wasn't the only festive surprise in store for the family...

Just 3 days after the win, Ewan received the all-clear from his chemotherapy.

Everything the family could have wished for came true in just 3 days...

"And then to receive news that Ewan's latest scans are all clear is just truly amazing. We are so thankful," John went on to say. "2020 is certainly looking like being one amazing year for the 3 of us. It is just like all of our lifelong dreams came true in the space of 3 days."

John, Allison, and Ewan aren't the only lucky family to receive both blessings...

Lynne is a fifty-five-year-old mom of 3 who lives with her husband, David, in New Tredegar, Wales, won £1 million ($1.2 million) in October 2019... the same day she had been given the all-clear from breast cancer.

Speaking to the Daily Mail, she recalls hugging her husband with joy after they each exchanged their happy news and she then went and had a 2-hour soak in the bath to let it all truly sink in.

The couple was in complete shock.

She said: "I'd just read the letter saying I had the all-clear when David came home from work to say we'd won the lottery." "I can't tell you what I said, it's too rude, but I was in total shock."

Congratulations to both of the happy families!