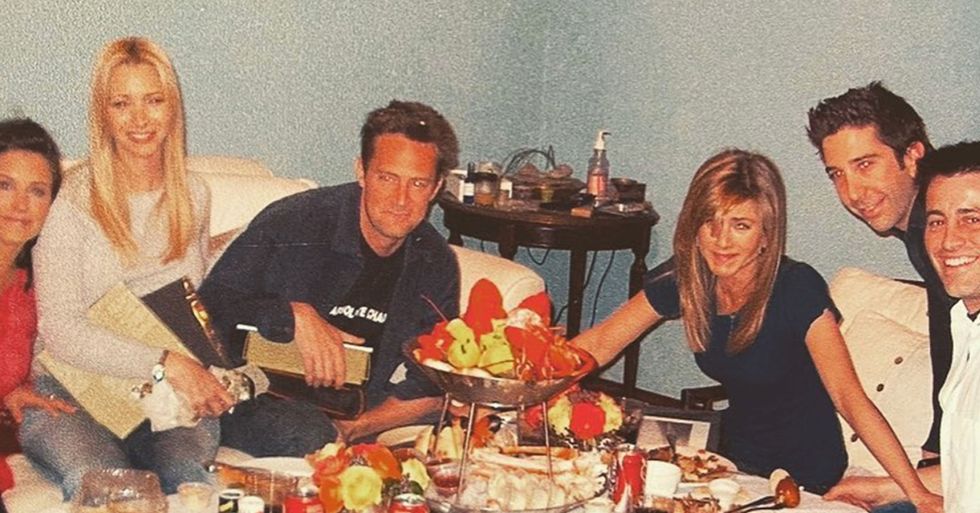 But now, Courteney Cox has shared a never-seen-before snap of the cast enjoying a "last supper" before the final episode.

We have never found out what happened to the gang. Did Rachel and Ross stay together? Would Monica and Chandler ever get divorced? Did Joey ever make it as a big actor. Keep scrolling for the never seen before snap of the cast before filming the final episode.

Yep, our 2 years of bliss came to a close.

Friends was officially taken off Netflix at midnight on New Year's Eve.

Warner Media now owns the 90s series and is planning to put all 236 episodes on its new streaming service, HBO Max, which is due to launch next May. And until then, the only way to stream the show is through your cable provider. It's going to be a long couple of months...

But, there's been one thing that's been curing our blues...

And it's thanks in no small part to Courteney Cox.

And treated us to a behind-the-scenes snap of the cast enjoying a "final supper" before filming the last ever episode of the beloved sitcom. Keep scrolling to take a look...

And reactions have been strong, to say the least. It's certainly made us relive the emotional rollercoaster that was the Friends finale.

The pic truly marked the end of an era.

We still can't watch that episode without crying.

The cast has even responded...

And Jennifer Aniston's comment is literally all of us right now.

The actress posted a series of crying faces...

We feel you, Jen. If you need something else to watch to take your mind off the fact that Friends is no longer on Netflix, keep scrolling! Netflix does have some treats in store for us next month! Not that we forgive them...