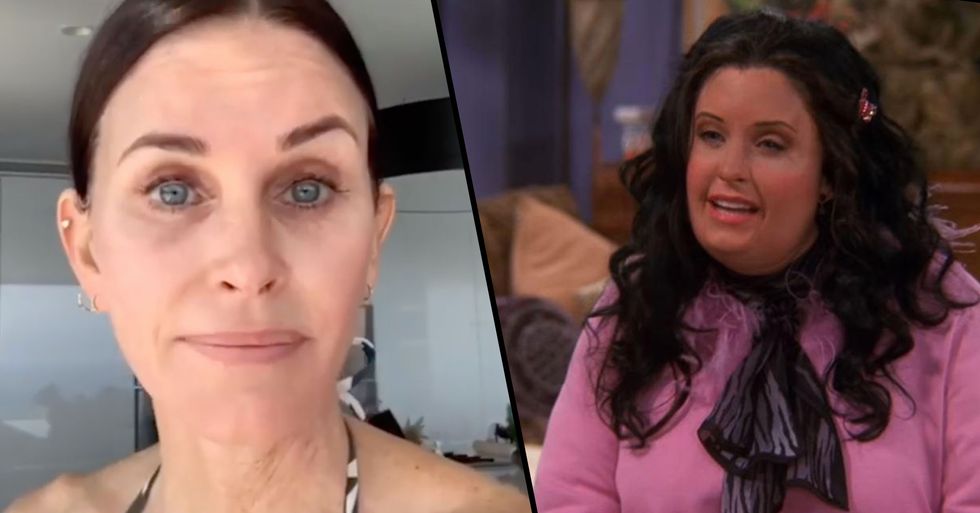 It's hard to find someone who hasn't watched the entire 10 seasons, but believe it or not, Monica herself is one of these people. Courteney Cox is binge-watching Friends for the first time ever during isolation but after seeing "Fat Monica", she made a comment that did not sit well with some people...

But recently, she made a comment about "Fat Monica" that really didn't sit too well...

The Fat Monica storyline in Friends was super fatphobic. I got pissed off every time it happened.
— Ms. Charlotte (@Ms. Charlotte)1534848747.0

The entire concept didn't age well anyway, with a lot of people claiming that is was extremely fatphobic, but what Cox claimed just seemed to add fuel to the fire.

When asked about her favorite episode, she said this:

"That's the Thanksgiving one where we all had the flashback and I was overweight Monica," she recalled. "I loved playing overweight Monica because I felt so free. I could dance, just sit up and dance and have no problem at all. I did love it. Those are really good episodes."

Some people called her out for making such frivolous comments because to her it was just a "costume."

This user event went as far as calling it "ignorant."

Apparently Cox failed to take into account how hard it is for people to live in a body they don't want, while she could just take it off when she was done acting.

It really seems to have ruffled a few feathers...

Cox hasn't addressed the situation as of yet, but we're positive that her intentions were never to cause offense to anyone. On a lighter note, keep scrolling to find out how you can bring the Friends fun to your own home...
20%

$38.94 $30.37
Buy Now
See More Deals
We hope you find these deals as awesome as we do! Just an FYI: we may receive a share of sales from links on this page