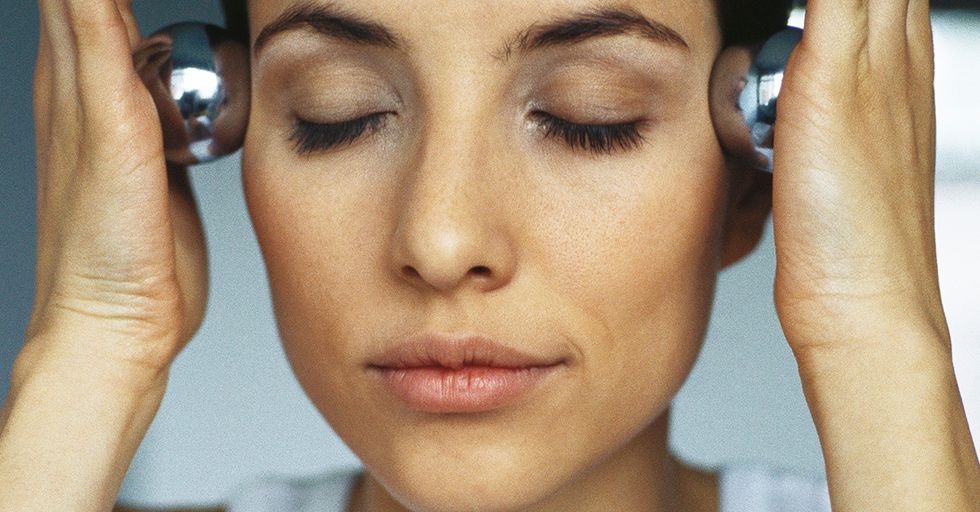 What is ASMR? For a trend so wildly popular, you probably haven’t heard of it. ASMR stands for Autonomous Sensory Meridian Response, and it’s a strange recent phenomenon. We all find certain sounds mentally and physically stimulating—some things send a shiver down our spines, create a sensation in the back of our heads. ASMR is a type of sensory stimulus that helps you to relax! In fact, there’s an entire section of Youtube videos and sound creation that is meant to help people feel good.

People who use ASMR describe it as a tingling sensation in their head, neck, or another area of the body in response to a sensory stimulus. There's not a ton of research on it yet, but people are going nuts for ASMR videos all the same. Check out these facts, and some neat videos, we were able to find on the subject of ASMR!

The term was coined in 2010, and although it’s a massively growing trend, the most popular question about ASMR on Google is: “What is ASMR?"

ASMR is defined as a relaxing sensation that begins on the scalp before moving down the body.

Let’s have an expert weigh in.

"Basically, it feels like the amazing chills you get when someone plays with your hair or traces your back with their fingertips" according to Heather Feather, a popular YouTuber who makes ASMR videos.

Another term for ASMR is “brain massage."

Makes sense, right? You can get a massage for literally any other achy muscle or strained part of your body, but brain massages were never feasible. Until now!

A ton of content-creators online are honing in on ASMR.

There are already over 13 million ASMR videos on YouTube, with interest in ASMR coming in from all over the world. The most popular ASMR videos can have tens of millions of views!

Before the online community took off, ASMR wasn’t a highly discussed topic.

Lots of people used to think they were the only ones who experienced it, writing the sensation of ASMR off as some strange type of goosebumps. That’s why the term was only just coined in 2010, and when the online discussion of it took off, so did people’s use of auditory and visual triggers to relax.

What sounds fall into the category of ASMR?

ASMR is generally triggered by gentle, serene sounds and sights. Accents, whispers, and crackles are common inducers of ASMR.

Ever listen to Bob Ross? The soft-spoken painter’s voice is one of the most common ASMR triggers! And it’s no wonder; his painting tutorials really are among the most tranquil things a person can watch.

Although there are more ‘common’ examples, everyone is different. ASMR can be triggered by anything! That’s why there are so many types of videos out there for you to investigate.

Part of why ASMR is supposedly so effective is the way it allows people to be relaxed and vulnerable. Whispering voices can create the sensation of being intimate with someone—in a non-sexual way. This is another extremely common trigger for ASMR.

Beyond simple noises, ASMR can come in the form of role-playing.

As in, people making ASMR videos will actually simulate an experience so that the watcher feels like they’re in it, and that triggers the ASMR.

Statistically, looking at the people who watch ASMR videos, both men and women seek out the content. About half of its audience ranges in age from 18 to 24. It’s effective across many levels.

Lots of people visit YouTube for hair and makeup tutorials, but many tutorials are so relaxing they actually also work as ASMR videos.

Some content creators go out of their way to make an ASMR makeup tutorial, either using brushes to make calming noises or by using the first-person style to simulate being in a makeup artist’s chair. If you look up “ASMR nails" you can see people using their manicured nails to make ASMR noises.

Another large ASMR demographic consists of gamers and technophiles.

People enthusiastic about technology and gaming are actually pretty likely to look up ASMR. This may even be related to the effects of video games; an action-packed game can heighten your senses, and ASMR can calm them back down.

Do you play Fortnite? Do you need a brain massage? There’s an ASMR video for that.

Sometimes people even use food to create the effect.

Major brands have created commercials influenced by ASMR. Ikea has, and even Applebees made a 60-minute long video of meat sizzling this year.

Welcome to ASMR with Jake Gyllenhaal and Salma Hayek.

Both actors were persuaded to make whisper videos with W Magazine.

There’s even ASMR for comedy fanatics.

Comedian Brandon Wardell released a comedy album where every single one of his jokes is whispered!

Many people who play ASMR videos report that it lowers their stress levels, and help them to sleep. With the mildly sedated feeling that ASMR is supposed to provide, it gets many people a better chance to fall asleep.

Researchers are finally beginning to explore ASMR as a psychological tool.

It’s not just a YouTube craze with unverified results. Researchers from the University of Sheffield and Manchester Metropolitan University published a study this year after studying the effects of experiencing ASMR.

With more research, ASMR could medically do some good.

The study even demonstrates reduced heart rates and stress in people who experience ASMR, and researchers are hopeful that understanding ASMR triggers could one day be prescribed to people as aids for insomnia or anxiety.

Essentially, the study confirms what people have been saying about ASMR’s usefulness.

“Our research studies consistently show that ASMR is a relaxing, calming sensation that increases feelings of social connectedness," Giulia Poerio (a co-author of the study), told Newsweek. “Importantly, we found that ASMR videos produce significant reductions in heart rate in people who experience ASMR. So we now have more objective evidence of the idea that ASMR is relaxing. It's not just people telling us that ASMR makes them feel relaxed—their physiology is telling us the same thing too."

The researchers behind this study hope to dive further.

Specifically, they’d like to gather more data on the potential benefits for sleep and mental well-being. They’d also like to dispel the misconception that the feeling behind ASMR is a sexual one.

Because the vast majority of people do not watch ASMR videos for sexual reasons.

In a research paper published by grad student Emma Barratt and Dr. Nick Davis, both then of Swansea University, only 5% of participants in their study reported using ASMR videos for sexual stimulation. The overwhelming majority of people really do find relaxation through ASMR.

There are real-world accounts of people using ASMR to sleep at night.

Ally Maque is an ASMR YouTuber (ASMRrequests), who makes her living making videos. She once heard from parents of a young boy who suffered frequent horrible migraines. “They said that a series of videos I did, where I read fairy tales from a bedtime story book—whenever they’d put those videos on for their child when he was suffering, it would help," Maque told Newsweek. “That one brought me to tears."

She has also received testimonials from veterans.

Veterans who “come back from tours overseas, say my videos provide comfort or help them sleep when they haven’t been able to for weeks," Maque told Newsweek.

The first time someone tried to define ASMR, it was 2007.

October 29, 2007, to be exact. A thread on SteadyHealth.com titled “Weird sensation feels good" drew hundreds of replies, with some people calling it a “brain orgasm."

ASMR appears to be a spectrum.

Meaning, some people find the whispering, rustling, or crackling sounds to be harsh and grating, rather than calming. Due to the lack of research, we don’t really know why some people experience ASMR with a particular sound, and others don’t.