You can shop there without a membership...sometimes. | 22 Words 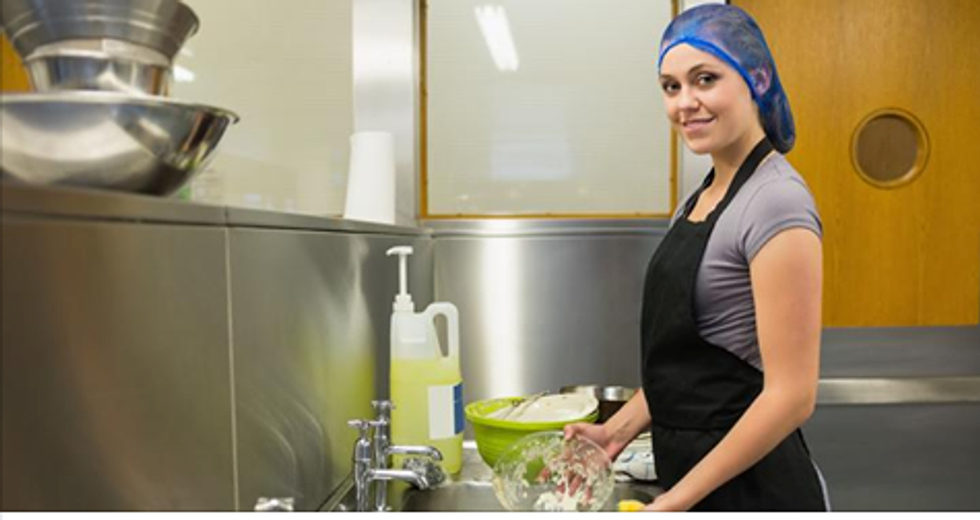 Costco is a retail giant, and as you might imagine, when you serve that many customers, some pretty interesting stuff goes on behind the scenes.

Read below to see what Costco does to sell to eight million members every month. Some of the facts are just interesting, but a few could save you surprising money on membership fees, so take a look!

Costco pays better than almost any other retailer.

The minimum wage at Costco is $13.50, and some hourly employees make up to $22.50, resulting in a turnover rate of 5% for employees who have been there longer than a year. That rate is among the best in retail!

Toilet paper is their best-selling item.

In 2015, they sold a billion rolls, pulling in $400 million from the sale of that one product alone.

You wouldn't think the house brand of wine from a discount chain store would be worth much at all, but you'd be wrong about Costco's. They're able to buy the good stuff and sell it cheap because they're...the biggest seller of wine in the entire country.

They lose money with their cheap hot dogs and chicken...but with a bigger goal in mind.

Costco's known for its really cheap food, and they know it. It turns out that pricing the food at a loss actually gets more people in the store, which means more customers for bigger things, like TVs and such.

You might not advertise that you got your engagement rings from Costco, but that doesn't make it cheap. They sell expensive jewelry that can climb up to $79,000 for a diamond solitaire online!

There's a reason they don't label the aisles.

If you think it's because they want you to get lost in their store...you're right. They want you to "explore" the store in the hopes you come across some things you weren't planning on buying before coming across the intended item(s).

American Express was the official card of Costco for a long time, but they recently (in June) enrolled Visa because the company gives more "points" back to buyers and charges a lower fee to the retailer.

They don't feel the need to advertise.

Costco really works to set itself apart on price and price alone. They also get membership fees, so they're not terribly worried about spending money on ads to find new members. They feel that saving the money to keep prices lower gets them more business than ads would.

You can shop there without a membership...sometimes.

It varies from state-to-state, but sometimes loopholes in alcohol sales laws require that they sell to people who aren't members. Check to see what the policy is in your state. You might be able to save on a membership fee!

It's among the top 20 pizza sellers in the US.

They've got 500 stores, all of which sell pizza, which makes them among the 20 biggest sellers of pizza in the US. Sure, it's not their core business, but, as we mentioned earlier, it certainly drives traffic to the stores.

They've got their very own magazine that 8 million people read.

Costco is such a big enterprise with so many customers that their members-only magazine is the largest circulation of any magazine in the United States. Yup. 8 million people are sent the Costco Connection.