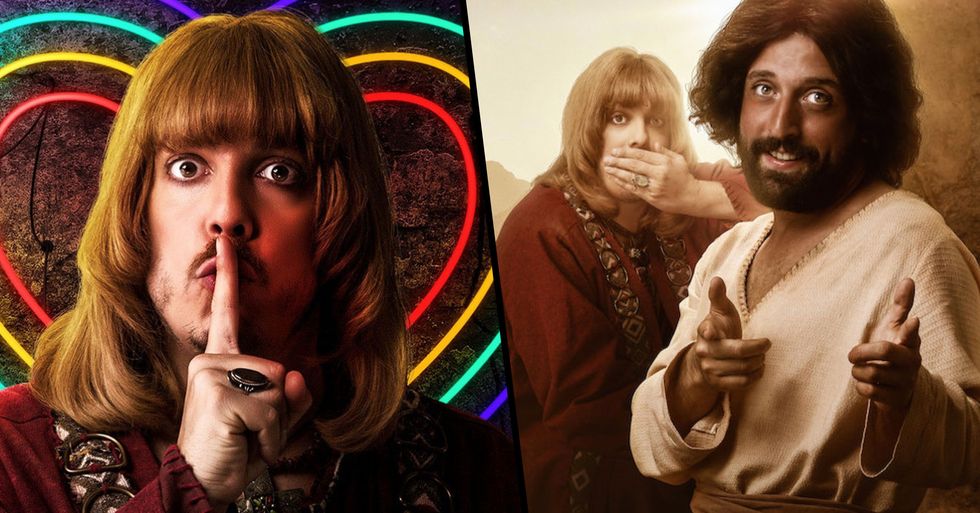 In the past week, the streaming giant has found themselves at the center of some serious backlash concerning one movie in particular, which has been put on blast by hundreds of viewers.

People are even going as far as to threaten to boycott the streaming service. Keep scrolling to find out more on why people are so aggravated about the flick and the shocking response from the creator.

But it seems Netflix has found itself in some serious hot water once again.

Usually, Netflix comes under fire for issues like canceling shows prematurely (this week people were devasted by the cancelation of a beloved series - find out more at the end) or removing content we love. But this controversy may be its worst yet...

And it's all surrounding this movie.

Even the Brazilian president’s son, Eduardo Bolsonaro, called out the Netflix show. "We support freedom of expression, but is it worth attacking the belief of 86 percent of the population?" he wrote.

Basically, the 46-minute-long film shows Jesus going back to his mom and dad’s house for a birthday party. But he’s not alone. He’s alongside his "best friend," Orlando.

Things took a turn for the worst for Netflix when a petition was launched just days ago.

Having amassed over one and a half million signatures at the time of writing, the petition is growing at a rapid pace.

It has been dubbed as being responsible for the "crime of villainy to faith."

"By prohibiting the airing of the back door film of Christmas, which was titled 'The First Temptation of Christ,'" the petition read. "For the removal of the movie from the Netflix catalog and so the Back Door is responsible for the crime of villainy to faith. We also want a public withdrawal due to serious crimes."

It certainly feels like there’s a lot of strong opinions on this.

So of course, many of us have been waiting to see if Netflix or the show's creators would break their silence amidst the backlash.

And this week, it seems the creator has finally had their say on the issue.

Speaking to Variety, Porta de Fundos co-founder Fábio Porchat, hit back at the backlash: "It doesn't incite violence, we're not saying people shouldn't believe in God." But that wasn't all...

He went on to say that both Netflix and Viacom, which fund Porta dos Fundos, are standing by the controversial flick.

"They [Netflix] haven't said anything to us like, 'Maybe we should stop making the special available.' They support freedom of speech," Porchat revealed.

He then claimed that the firestorm is all out "homophobic."

"We play at insinuating that Jesus has a new friend, and probably this new friend is gay, but they have just been having fun and a very good time in the desert for 40 days." “If anybody should be angry with us, it should be the gay community because a gay character turns out to be the Devil. But the gay community loves us!" Porchat added.

Check out the trailer for the comedy special below to make up your own mind:

This isn't the only controversial move from the streaming giant in recent weeks. Keep scrolling to see why the news of its latest show cancelation has been causing a huge stir.