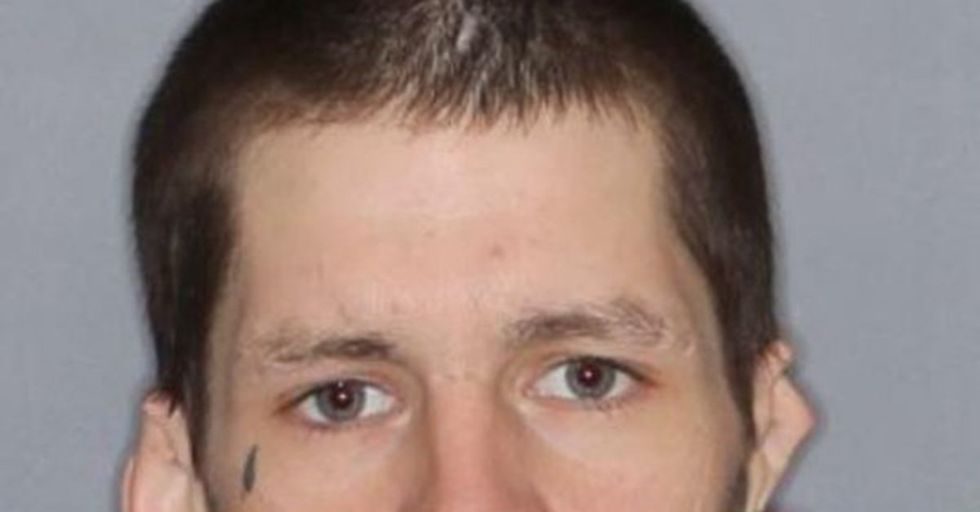 Mugshots are never going to be your finest moment. They're a public (very public when they go viral) record of you being charged with a crime and probably not looking very photogenic. But this one stands out even by mugshot standards.

When Canterbury Police posted this notice of a man on the run, they didn't expect the response they got.

Or maybe they did. There's no better way to find a criminal than when their pic goes viral, and this guy's went viral for a very obvious reason, as you'll see.

If you couldn't tell from the above pic, he's got a pretty prominent feature.

It's, uh, his ear. It looks like it's been carved up by a jigsaw. No context was given, so who are we to know if this was self-inflicted or the result of an accident, but it's clearly not something he was born with.

The responses were, uh, predictable.

If you want puns...here are your puns. Tons of them. Almost all of them plays on the word "ear," as you would imagine. And as you might ALSO imagine, the Internet can come up with a LOT of puns using "ear."

See? There's no end in sight. In fact, the Facebook post was taken down because people just couldn't stop commenting.

I don't know if any of these comments helped lead to his arrest, but if you happen to near Canterbury, you'll want to know that the guy with the zig-zag left ear is a criminal, so tread lightly.

Even if the comments weren't helpful in apprehending the crook, they're good for a laugh.

And while his crime may not be public knowledge, let's hope we're not laughing TOO hard at a violent criminal. In fact, let's just pretend, as unlikely as it may be, that he got nabbed for, I don't know...parking tickets?

The sarcasm was thick was for this post, and for good reason.

There's no reason why anyone would take this guy TOO seriously, but that ear just had people in stitches, which I'm sure is a pun on some level.

We probably should have issued a warning earlier in the post.

But if you're not a fan of puns (or squeamish about ears), you may have wanted to avoid the piece or at least blow through it quickly. Oh well! You made it this far and hopefully conquered your fear of puns or weird ears!

If that mugshot doesn't exactly "do it" for you, hit the link below to see a different approach to the incriminating pics.

Here are some of the (surprisingly) sexiest mugshots you'll see all day. Don't do as they do, but feel free to admire how photogenic some criminals can be even in their darkest hour.