Cringeworthy Photos That Will Give You Major Secondhand Embarrassment | 22 Words 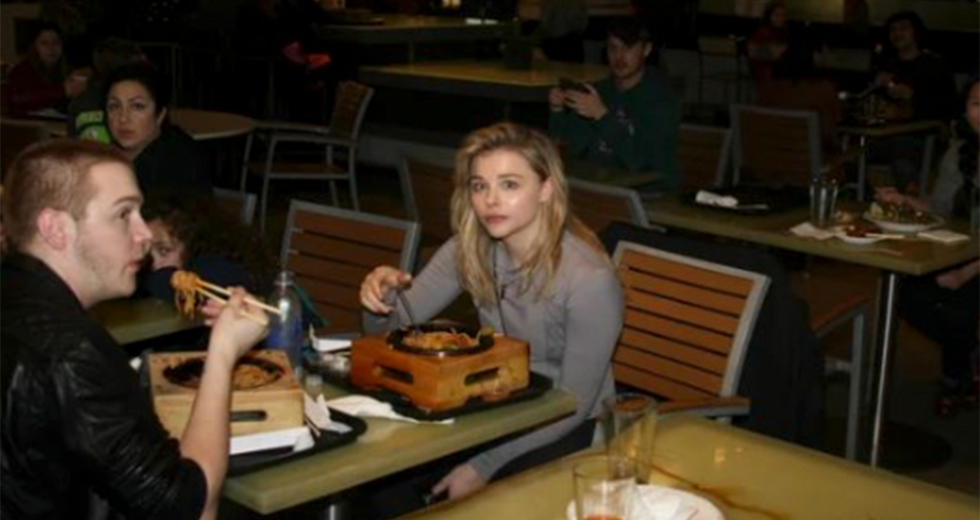 Cringeworthy Photos That Will Give You Major Secondhand Embarrassment

Everyone has done something incredibly awkward in public. In fact, if you're like me, you like to lay in bed at night and go over every single awkward thing you've ever done in your life until it slowly drives you insane with regret and shame. Whether it be an uncomfortable greeting, a text message you immediately regret, an embarrassing misjudgment or a joke that was supposed to be funny but came off as really mean, these little occurrences can be downright mortifying for everyone involved, and will most likely be brought up again and again for general amusement by the people around you.

But what if these gaffs were documented in photos and videos and then made public for the world to see? Sounds horrible, right? Just be happy it didn't happen to you.

Oh, and if you are in any of the following posts, well, thanks for the laughs! (And the cringes.)

I can't decide what's more cringe-worthy – Amy Schumer's wasted efforts or Kanye's disregard of her. It's just bad any way you look at it.

Oof! This one stings. Maybe we should all just stop trying to kiss people out of the blue? They're called "boundaries," people. Respect them.

At least no one can accuse her of not being open and honest about her situation. And seeing as we're living in the age of "ghosting," you have to respect that.

Some people can be so darn insensitive. How dare you post about your Mother and cookies when there are people are there who have no mother and no cookies?!

On one hand, this person clearly has some control issues and should tone it down a bit. On the other, Mom does have some sweet guns. Go, Mom!

For the record, I thought your camouflage joke was hilarious. This person is simply not clever enough to appreciate your sense of humor. And they're WAY too sensitive about their legs.

Woah! Who knew vegans were so uppity? This person is probably just cranky due to lack of protein since someone decided to steal all the tofu. So selfish.

I'm 100% stealing this move for the next time I get into this situation. No more pretending I have to go to the bathroom and then hiding behind a plant for the rest of the night for me!

This one hurt to watch. I was pulling for this little guy, but alas, it wasn't mean to be. And now it's documented on video forever.

Attention males: Females do not like it when you do this. In fact, they absolutely hate it.

Debbie tells it like it is. The day that parents were allowed on Facebook is a day that will live in infamy. I still regret accepting that friend request from my own Mother.

Oh, this exchange isn't actually the most cringe-worthy thing in existence, because he was just really drunk the whole time! That's a relief.

Why are handshakes so hard? Aren't high fives so much easier? I'm starting a petition now to eliminate handshakes completely and replace them all with high fives so we never have to witness something like this again.

Another case of the "nice guy" blaming women for his single status. I hope he had a great birthday dinner at PF Changs! I'm sure his soulmate magically showed up and they've been living happily ever after ever since sharing that egg roll appetizer.

Again with the handshakes! The guy initiating this shake has probably played this moment in his head over and over again until it slowly drove him insane. There's just no recovery from something like this.

The look on his date's face says it all. Well, from what you can see of her face since it's hidden in her hands the entire time due to extreme shame.

I guess he wants salt for Christmas... : cringepics from cringepics

This is exactly the kind of person you want at your Christmas party. Nothing says "party" like your rude, self-righteous, condescending friend or family member!

It's a bold move to get a tattoo of a woman who's not your girlfriend (or, dare I say, even a  friend) and then post a picture of it on the internet. And by "bold" I mean absolutely, positively insane.

This post has everything. Animal theft! Hilarious mockery! A criminal admitting to a crime for the world to see! I honestly want to stand up and applaud.

Mia Farrow wishes her adopted black daughter happy birthday on Twitter, googles "Mia Farrow and her black children" to find a picture of her to post. : cringepics from cringepics

Let's all thank Mia Farrow for the friendly reminder that when you post a picture from the internet, the phrase you entered to find that image shows up too. Here's a valid question: Why does she not have a single photo of her daughter already stored on her phone?

Here's a pro tip: When trying to secretly photograph a celebrity, it's always a good idea to leave your flash off. It's a surefire way to blow your cover in the most humiliating way possible.

Wouldn't it be fun to just be out there doing your job and constantly getting harassed by customers? Who now have your real phone number forever? And who says they're going to leave you alone but then don't?

I would say the appropriate reaction to this photo would be to laugh AND cry. How do you respond to something like this? "Thanks, Aunt Kathy, but I'd rather not horrify every single one of my friends and family members."

Facebook is probably the absolute worst place to be sharing personal information like this, but I've got to say, I'd LOVE  to get on this person's friends list. You'd get a front-row seat to some of the juiciest drama of all time!

The nerve of some people! First, they don't even have the decency to be psychic, and then they harass them by repeatedly asking them who they are?!

It took me a while to realize why this was so awful. But then it hit me, and I'm not sure I'll ever fully recover.

Once again for the people in the back: STOP WITH THE ROLE PLAYING. IT'S CREEPY AND EVERYONE HATES IT.

Here a bit of advice that we should all be following: Don't pick anyone up unless you're 100% sure they are, in fact, a child. It's just common sense.

I wanted this to end so many times before it finally did. It felt like an eternity.

And lastly, this epic burn

Not everything is about you, KAREN. But seriously, can we all just appreciate that amazing clap-back? It's truly a thing of beauty.