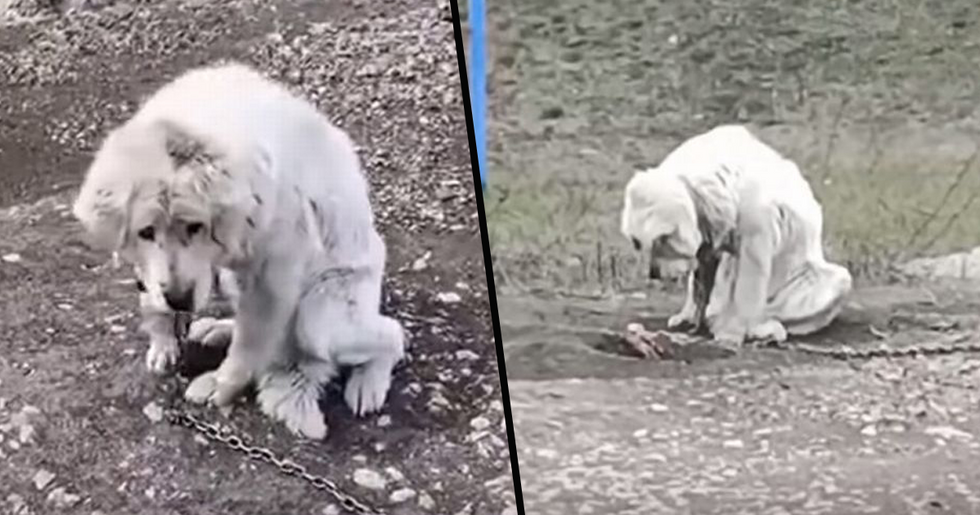 But through the dark times come the moments of kindness and hope - as this story proves!

But animal abuse and neglect have long been a problem here in the States. Thousands of animals suffer and lose their lives at the hands of careless and ignorant individuals, and it pains me truly to be writing this story.

A fresh start for the unfortunate pets...

But the latest story of an abandoned pooch?

Well, it might just be the most heartbreaking yet.

Because when a family decided to move house?

They simply decided not to bother bringing along their pet.

This is no way to treat an animal...

And the video shared online has broken the hearts of the internet.

Even if there is a happy ending.

The video is still enough to break your heart!

The video was shared by Paws 4 Hope.

And Laurica Nagel, who worked as a volunteer for a dog rescue organization, made the shocking discovery.

The dog was named Athena.

And after her family had moved on, she had been chained to the side of a house, unable to escape.

Athena also had many fleas and ticks, plus had lost sight in one of her eyes.

When she was discovered, the scene was horrifying.

It was a miracle Athena was alive.

Luckily, there was hope for Athena.

She was rescued by the charity, and given medical treatment, food, water, and a wash.

It's amazing to see Athena looking well and healthy once more.

Although others were looking to the future.

We have our fingers crossed for Athena to find a forever home soon!

Want more doggy content? Scroll on for the pooch still searching for his forever home, seven years on!