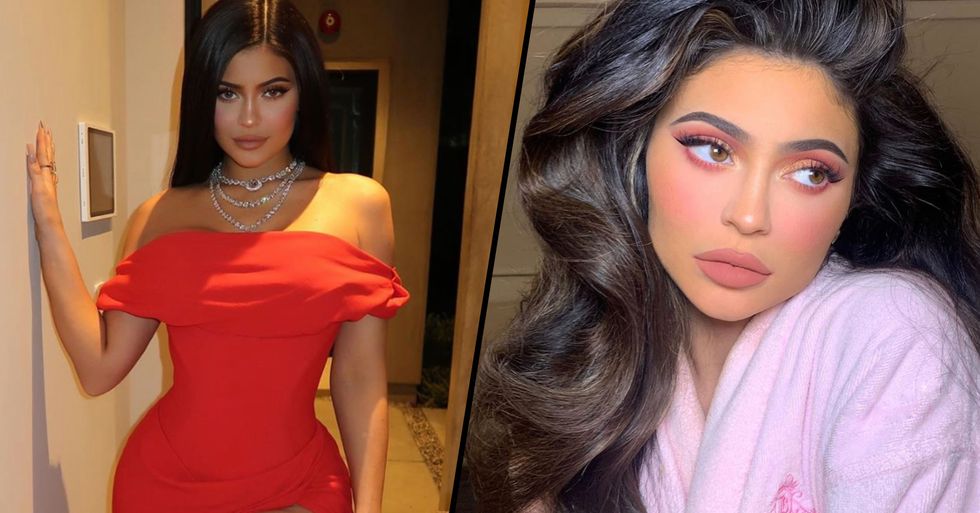 One sure-fire way the Kardashian-Jenner clan grab the headlines is with their looks, and the youngest of them all, Kylie Jenner, is certainly no exception to this.

But this week, Twitter trolls have taken things too far, after pictures emerged of Kylie running some errands out of lockdown. The comments are sickening.

Keep scrolling to see the pictures that have got everyone talking...

Once again, this week, her appearance has hit the headlines...

Why? Well, the star was snapped stepping out during lockdown to run some errands and fans couldn't believe how different she looked. Keep scrolling for the pics...

Many are now saying we are seeing the "real" Kylie.

Some users even blamed the pandemic for making her white!

As baffling as the comments are, they must hurt.

The internet really brings out the worst in some people.

I'd like to see him say that to her face!

First of all, it's Hyaluronic acid...

Secondly, that's not the point.

People seemed to be very concerned with her choice of footwear...

With one user writing: "ok but why is she barefoot outside ?? In this economy" What has the economy got to do with anything?

Their comments were just plain wrong...

Imagine waking up to all this hate.

Take a look at the pictures in question below:

What do you think? Luckily Kylie has a thick skin, keep scrolling to see her clap back at fans trying to body shame her...
20%