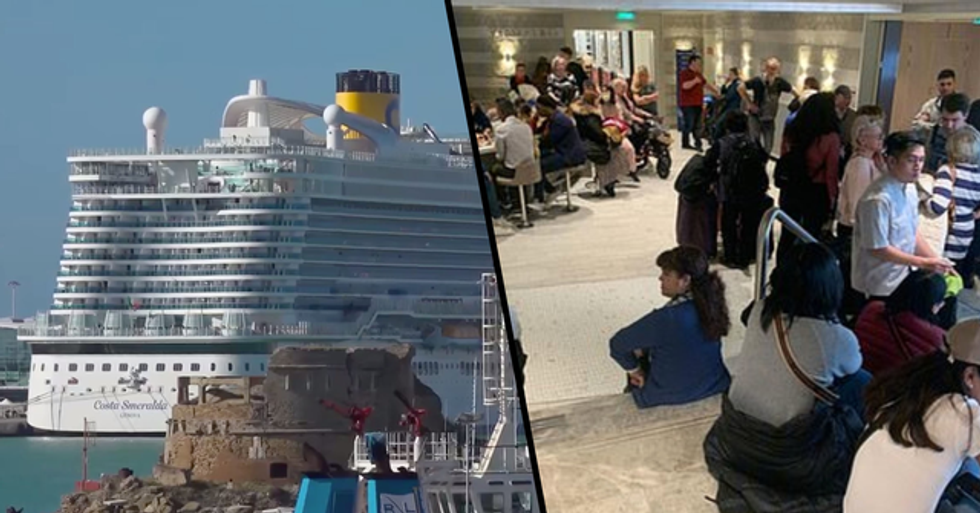 This month, coronavirus broke out in Wuhan, China, and the deadly virus has spread at an alarming pace, subsequently infecting thousands of people across the globe.

And now news of one particular cruise ship has many fearing the future potential of the disease.

So far, there have been over 8,000 cases of the virus, and 170 people have confirmed to have died.

The virus continues to spread, and traces of the disease have already been discovered and confirmed in 9 other countries including Thailand, South Korea, Taiwan, Saudi Arabia, Japan and Germany.

Travellers have been advised against visiting the infected city...

And now reports claim a ship near Rome has been hit by coronavirus fears.

The Italian cruise ship Costa Smeralda is being held off the coast after reports of a coronavirus victim aboard reached land.

It's currently being held in a port in Civitavecchia, north of Rome.

This is after one fifty-four-year-old woman from Macau came down with symptoms of the deadly disease.

There are around seven thousand passengers currently on board.

The woman and her husband have been placed in solitary confinement awaiting test results for the virus.

The results are due later today.

But until then, all six thousand passengers and one thousand crew members are barred from leaving the ship.

The ship was on the last day of its European cruise.

The woman has not been identified but is believed to have boarded on January 25th at Savona, having flown in from Hong Kong.