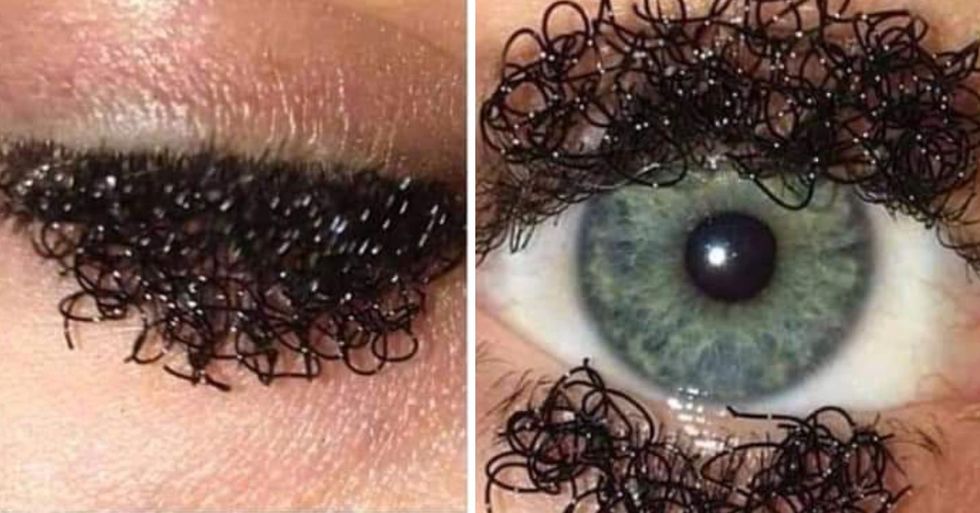 More and more people seem to be trying out some pretty crazy beauty trends, whether it's lockdown madness or just complete boredom, it's getting pretty weird on social media.

The latest beauty trend has left people disgusted, with some admitting they can't even look at the pictures!

Curly lashes have made their way into the spotlight, but I doubt anyone's going to be eager to try them out after lockdown.

Keep scrolling for the disturbing pictures...

Kickstarted by the one and only Kylie Jenner, Instagram became obsessed with the shade of Mac lipstick so they could recreate the star's signature look.

And people think it resembles something that you wouldn't necessarily find on the face. Keep scrolling to find out more...

Everyone is dreaming of the day they can venture out, dressed to perfection, walking aimlessly around just so people can see your new post-lockdown look.

Social media has seen a whole host of new looks from people getting creative during this pandemic.

But for some reason, I don't think this latest trend will make it out of lockdown. Keep scrolling for some unsettling makeup inspo...

Sofie Petersen is the Danish makeup artist making everyone uncomfortable...

From toothpicks glued into spikes on eyelids to safety pin lashes, Sofie uses a range of unconventional objects in her make-up looks.

Sofie began experimenting with different techniques, after growing bored of the same old eyeshadow techniques plastered all over Instagram.

She initially started it as a way to express herself, “make-up got to be my therapy when I felt down. I finally reached a point where I just wanted to be 100% myself, even if it made me stand out."

The unorthodox aesthetics were poles apart from what she grew up with, in the Danish suburbs.

“I ended up feeling like there were expectations to the way I should look and it resulted in mental issues and very low confidence."

I think we can all agree that we feel trapped in the doctored reality of social media sometimes.

Now more than ever.

But as much as people loved her original ideas, her latest make-up look has got everyone talking.

And not in a good way, some can't even look at the pictures!

People everywhere seem to have come to the same conclusion...

And it's safe to say, we won't be trying this anytime soon.

And maybe that's not entirely a bad thing. Take a look at her latest "curly lashes" below...

Let's just say, the new trend resembles something better left off the face...

Everyone wants longer, fuller eyelashes, but this has taken things one step too far.

Understandably they're freaking everyone out...

I think we should all agree to leave these, whatever they are, firmly in the past. And never mention them again. Keep scrolling for some of the most ridiculous fashion trends out there right now... And yes, surprisingly they're worse than this.