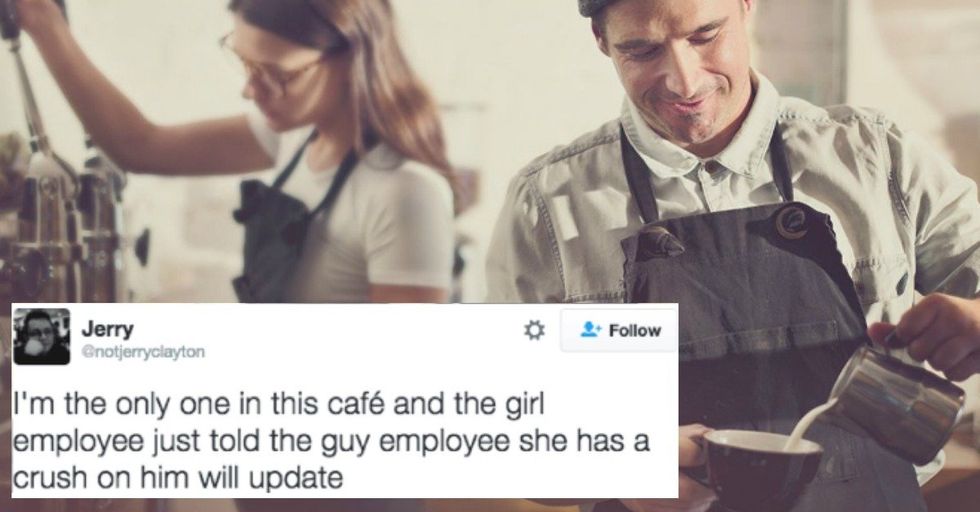 Twitter user Jerry Clayton was chilling by himself in a Brooklyn cafe when he became witness to what might just be the beginning of a beautiful, or at least highly caffeinated, romance.

Apparently two baristas were dancing around the elephant in the room, and Clayton decided to eavesdrop and live tweet the whole conversation.

It will renew your faith in love — or the power of a latte.

Most people found it adorable.

But it's the Internet, so people doubted it happened, although a barista can back this stuff up.