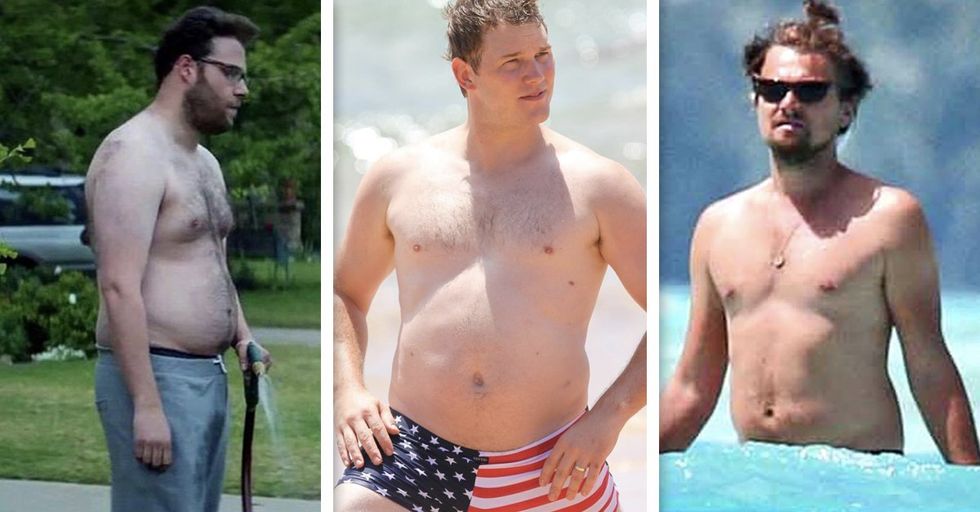 Dads rejoice, your time has come! The Dad Bod came into fashion just a few years ago when women started to realize that they liked a little bit of cushion in their man. Some celebs embraced the trend, and the Dad Bod became a Thing. But that slightly soft around the middle look could never usurp the look of a chiseled six-pack, could it?

Well apparently it could and it has.

The even better news?

You don't even have to be a dad to get the Dad Bod. Let's check out the survey that is giving us the freedom to eat just a couple more slices of pizza, enjoy one more beer, and only go to the gym once a week. That's right, we aren't making this up. Science is telling us that it is the season of the Dad Bod. Truly we are living in a blessed time.

Let's start with a bit of a history lesson shall we?

What is the Dad Bod? Where did it come from?

No one is entirely certain who originated the term.

But one woman claims to have coined the term.

It went viral and the term sprang into popular usage.

And what exactly IS a Dad Bod?

Let's get into the details.

There are two main elements to the Dad Bod:

First: you have to be somewhat muscular. You haven't given up on the gym entirely.

Second: you gotta be packing on a few extra pounds around the middle.

People with the Dad Bod definitely like to eat.

Obviously, the name points towards the origins of the body.

Classically, it's a body type sported by dads who have let themselves go a bit after the kids come along.

But you don't have to be a dad to have Dad Bod.

All you have to do is hit the gym with semi-regularity and still chow down on donuts every now and then.

Which means all dudes should be rejoicing that this body is so popular.

There's finally a bit more room in the category of "acceptable body types" and that's cool for everyone.

So if the term was popular in 2015, why are we talking about it now?

They surveyed a representative sample of adults in the US.

And found some exciting news for our Dad Bod havers.

An important note before we dive into the findings.

Planet Fitness ran the same survey in 2018, which means we've got some exciting data year after year.

And what did the survey find?

But it gets even better than that.

51% of people said that the Dad Bod is the new six-pack, which is very exciting for those of us who will never have a six-pack.

Some questions were specifically targeted at people who already HAVE the Dad Bod.

Which gives us some interesting insight into the minds of the Dad Bodders.

They're surprisingly happy with their bodies.

And the body seems to be associated with a good life.

72% of respondents with the Dad Bod said that the body type has improved their life in some way.

Not only that but the Dad Bod improves self-esteem.

Or at least that's what 47% of respondents said.

And everyone seems to think a Dad Bod shows that a guy is confident.

And we'll be honest:

It's not hard to see why the Dad Bod has grown so popular.

It's got the strength of more classically popular body types.

But it's also got a little bit of something more.

Who doesn't love a soft and cushy tummy to cuddle?

And the accessibility of the body type is a big bonus too! Anyone can get it.

There's something about that little belly that says "I spend time with my family."

And who doesn't want a guy who prioritizes family over the gym?

So we're all here to agree with this survey.

The Dad Bod is what we want.

And honestly, the only way to end this article with a few of our favorite Dad Bod examples.

Buckle up: it's about to get exciting.

Our boy Leo DiCaprio has been getting in on the Dad Bod action.

And yes, he does make it look good.

Jay-Z has it covered on two counts.

He's both a dad and he has the Dad Bod.

Sometimes celebs get the Dad Bod for a specific role.

But the true Dad Bods among us were born to it.

Which is why we have to end with Jack Black, the quintessential Dad Bod.