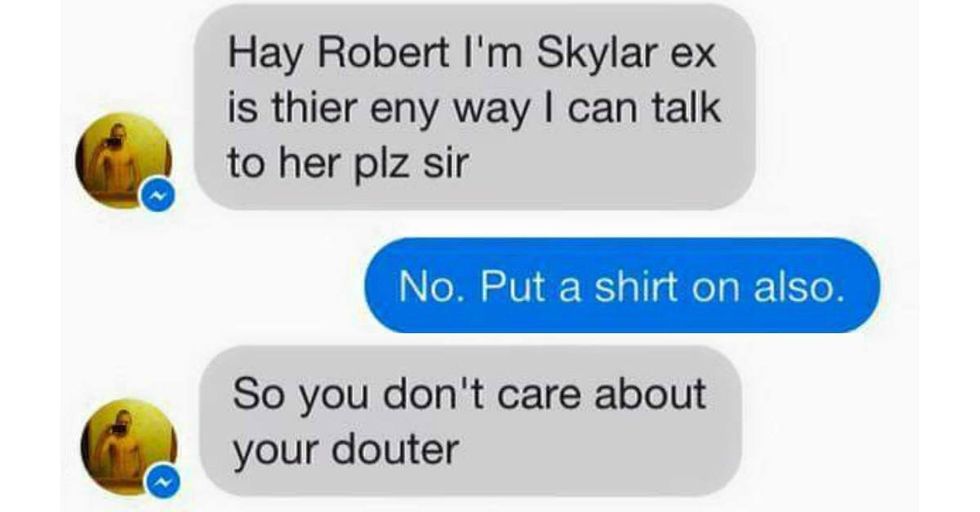 People can do stupid, desperate things when they're trying to hook up with someone, and often they simply can't take a hint. There's a thin line between persistent and pest and restraining order, and some people ride that line like a drunken bear on a unicycle.

For instance, this dude on Facebook who messaged a girl's father, pretending to be an ex of his daughter's in order to get her contact information. Unfortunately for him, any sense of grammar wasn't the only thing he lost to the hilarious dad who wasn't having any part of it.

No, his dignity and manhood probably took a (well-deserved) hit, too.

I'm thinking she won't be calling him back. Take a hint there, buddy — and some of those life lessons, too.