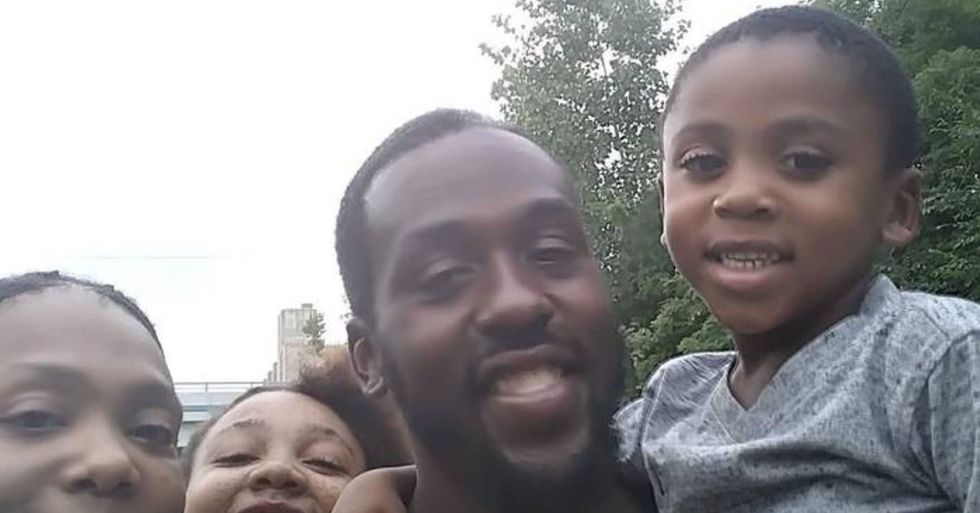 Being a parent is one of the most wonderful things that life can give us. Of course, it requires a lot of responsibility but our children are completely worth it.

One parent put his life on the line while saving his children from what was potentially going to be one of the most disastrous scenarios. Regardless, the outcome was heartbreaking...

Read on to find out all the details...

It's been a difficult week for one family in particular.

A father has been commended as a hero after a tragic accident that occurred on the beach with his children.

He jumped into action in order to make sure his kids were safe.

But that led to some heartbreaking consequences.

But sadly, many parents out there have experienced the tragedy of seeing their children go through very difficult situations.

Over the weekend, one father found himself and 4 of his children in a dire predicament.

Johnny Lee Vann Jr, a thirty-five-year-old man with 7 children was at the beach with 4 of his children.

At around 4 PM, his children were walking along a jetty when they fell into the ocean.

And being the great father that he is, he jumped into the water after them and tried his best to bring them to safety.

But, as you can imagine, it was hard to make sure all the children stayed above the water.

They all started to drown in the rough waters of the state’s Wrightsville Beach.

By the time lifeguards had got to the scene, Johnny was struggling.

His wife, Dawn, said that her husband had put his life on the line for their children stating: “He said, ‘Forget about me. Get my kids.’ He didn’t care about nothing else." He managed to save one of his children.

All 3 other children were saved from the high tide, but unfortunately, Johnny wasn't.

As bystanders tried to do their best to help, they were too late.

Johnny was submerged in the water.

And despite emergency services doing CPR on him for forty-five minutes, he could not be saved.

The family had moved from Detroit, Michigan, to Durham and then this incident occurred.

Now, a GoFundMe page has been set up in order to help the family find peace with the loss of their loving father, son, and husband. The money is going to be used for counseling for the family as well as funeral expenses so that Johnny can be buried next to his mother back in Detroit.

In its description, the page admin stated this:

“Johnny was known to his family and friends as a pillar of jovial spirit. His smile could light up any room and was guaranteed to put a smile on your face."

“Our family is extremely grateful for any financial support and words of encouragement. Nothing is too small or insignificant, so please feel free to share stories and pictures of Johnny! Thank You."

The page has since stopped accepting any more donations as the family takes more time to grieve.

But they have overwhelmed by the outpour of love and support. Talks have started about making the jetty higher so it won't be dangerous for people to walk along because this incident could have been easily avoided.

Tributes have started pouring in for the family...

This user referred to the dad as a "hero."

While others expressed their condolences for the family...

It truly is a heartbreaking situation...

A true hero and an incredible father. We hope the family managed to recover from this devastating event.