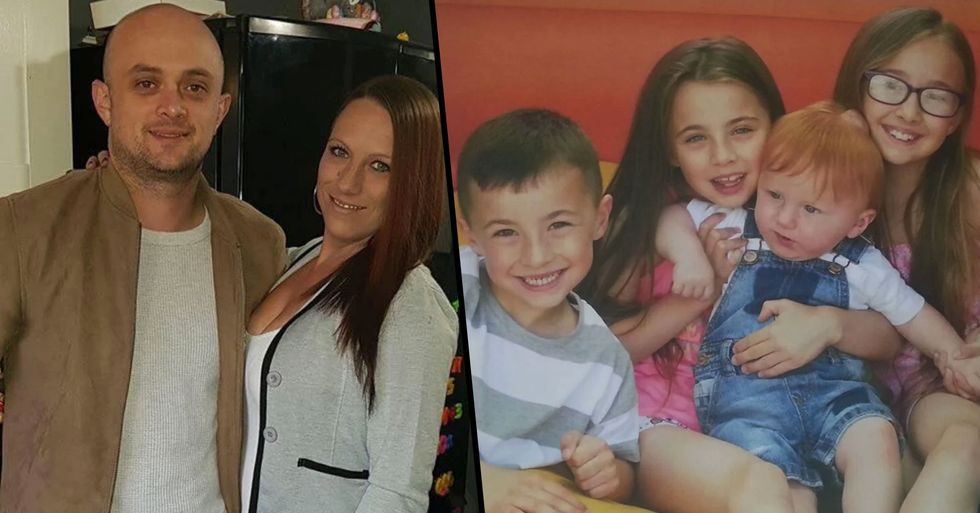 The outcome of this tragic story is truly heartbreaking...

It's been a difficult week for one family in particular.

A father has been commended as a hero after a tragic accident that occurred on the beach with his children.

He jumped into action in order to make sure his kids were safe.

But that led to some heartbreaking consequences.

But sadly, many parents out there have experienced the tragedy of seeing their children go through very difficult situations.

Over the weekend, one father found himself and 3 of his children in a dire predicament.

Father-of-7, Jonathan Stevens, was with his family at Barmouth beach in Wales when they began to struggle in the water.

Jonathan was with 3 of his children at the beach around lunchtime yesterday.

The children are believed to be aged between ten and twelve.

Jonathan's children got into difficulty in the water after being caught in a riptide.

And being the great father that he is, he tried his best to pull them to safety.

A Coastguard spokesman said they were called to the incident at 1.31 pm, after receiving a call to police.

The call to emergency services reported people in the water, sending the Coastguard rescue team, Barmouth RNLI lifeboat, and HM Coastguard's fixed-wing aircraft to the scene.

Shortly after, the police arrived on the scene.

"Police and the Coastguard were called at 1.58 pm on Sunday to a report that a man had got into difficulty in the sea in Barmouth," explained a spokesman for North Wales Police.

Jonathan was taken to hospital via air ambulance.

"We sent 2 rapid response cars and two emergency ambulances to the scene where crews were also supported by a Wales Air Ambulance and a search and rescue helicopter. "3 patients were taken to Ysbyty Gwynedd."

But, he later passed away from his injuries.

He was just thirty-six.

Jonathan managed to save his children...

The news of his heartbreaking death was confirmed by his partner, Laura Burford, who hailed her husband a "hero."

"I am absolutely devastated to say that I have lost the complete love of my life," she said in a statement.

"All 7 of his beautiful kids have lost their dad. He died saving his kids' lives in the sea."

Laura was at home at the time of the incident.

"There are no words to describe the pain. I will always be grateful to [him] for bringing our babies back."

"I love him, always have, and always will."

A GoFundMe page has been set up by a family friend for both Jonathan and Laura.

On the page, she described Jonathan as a "true hero," and said she hoped to raise money to support his loved ones during this unimaginable time.

Tributes have started pouring in for the family...

Many referred to the doting dad as a "hero."

While others expressed their condolences for the family...

It truly is a heartbreaking situation.

A true hero and an incredible father. We hope the family manages to heal from this devastating event.