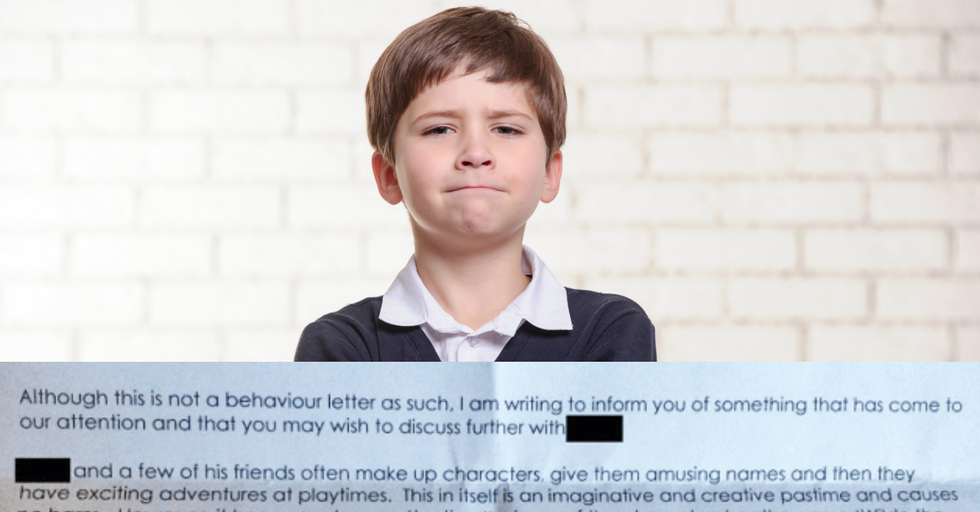 When your child brings home a letter from school, it's usually not the greatest news. But I'm willing to bet there's never been a parent that has ever received a letter quite like this.

An English dad named Paul Hunt shared the following letter from his ten-year-old son's school that proves kids have, shall we say, vivid imaginations.

His original tweet blew up, getting nearly 5,000 retweets in a matter of hours.

Yikes. No thank you.

Wildo was such an innocent story until Twitter got ahold of him.

How would you even respond to getting this letter as a parent though?

It'd be impossible to keep a straight face.

That letter is a keeper.

If only so you can whip it out when he's a teenager and embarrass him in front of all his friends.

It's certainly a story she'll never forget, at least.

The teacher was basically forced to write a letter.

Whenever you're feeling down, just remember the plight of Wildo.

Some people had lofty goals for Wildo.

I doubt Wildo will become a mascot, but one thing's for certain — he won't be soon forgotten.