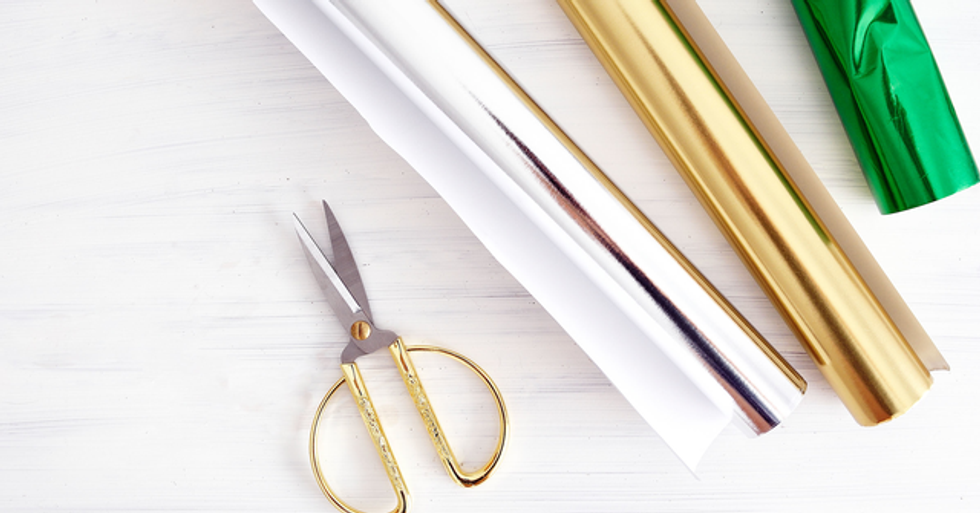 A crafty dad has been hailed as a "genius" after he showcased an inventive gift he had put together for his eighteen-year-old son's birthday...

We all know the pain and turmoil of buying presents.

Spending a load of money on futile objects that the receiver probably won't even like? Yeah, we've all been there.

Because, while we like to imagine our gift receivers will simply love their present...

It is often more likely that they will return it... Or worse, recycle it as a gift for someone else.

It is a truly stressful experience...

And the pressure only mounts when it's a milestone birthday that you're shopping for.

Yep, all of these birthdays carry with them significant milestones and achievements, so the gifts are expected to be that something extra special.

The pressure is immense.

And many of us are left wondering just how we're going to pull off something that's both affordable and amazing.

Well, one father may just hold the answer.

An Australian dad, who has remained anonymous, recently showcased his birthday gift idea for his son, who was turning eighteen.

Now, in Australia, an eighteenth birthday is a pretty big deal.

Like the twenty-first-birthday celebrations here in the states, an eighteenth birthday marks a pretty significant and lifechanging moment...

Upon turning eighteen, an Australian can legally buy alcohol.

Yep, it's the milestone we were all working towards for the first twenty-one-years of our lives, wasn't it?

So, of course, a huge gift is required for such a momentous birthday...

Which is a lot easier said than done.

Most of you parents out there will know that finding a gift for an eighteen-year-old is no easy task.

Most eighteen-year-olds only want money, liquor, or a car for their birthday... And where's the sentiment (or affordability, more like) in that?

Parents want to get their grown-up children something practical, something fun, and something memorable...

All while making sure it's something they'll definitely like.

Well, this dad hit the nail on the head with his gift...

And other stressed, present-less parents are hailing him as a genius for it.

Instead of buying something from a store...

This inventive parent decided to get crafty by making something that would be both fun and useful for his son.

He had arranged 5 different gift cards pinned onto a notice board...

Each with an individual message.

And 2 other cards for Liquorland (of course) and Uber.

The message on the notice board read:

"Happy 18th Caylan. Treat yourself to something. For the road untravelled. For your car or fishing. Enjoy now you're 18 and legal. But get home safe. Love Dad, Alicia, and Ava."

It wasn't stated how much money had been put on each card...

But, evidently, this parent had organized to give his son all the things every eighteen-year-old wants and needs... Money for a food shop, money for sportswear, money to contribute towards his first car, money for liquor and, of course, an uber ride home after his first night out.

He even bought him the iconic "18" birthday balloon...

And a beer balloon... Because it isn't an eighteenth birthday without those, right?

And here's the present in full.

People were quick to compliment the father on his inventive gift: "Fantastic idea. Beautifully put together and well thought out." Some were even inspired: "This is the best! I've taken a picture of your design so I can try and do the same."

There are so many inventive gifts out there...

But I'll bet that you have never heard of a gift pod that can be hidden inside birthday cakes? Keep scrolling for more...
20%

$37.96 $30.37
Buy Now
See More Deals
We hope you find these deals as awesome as we do! Just an FYI: we may receive a share of sales from links on this page