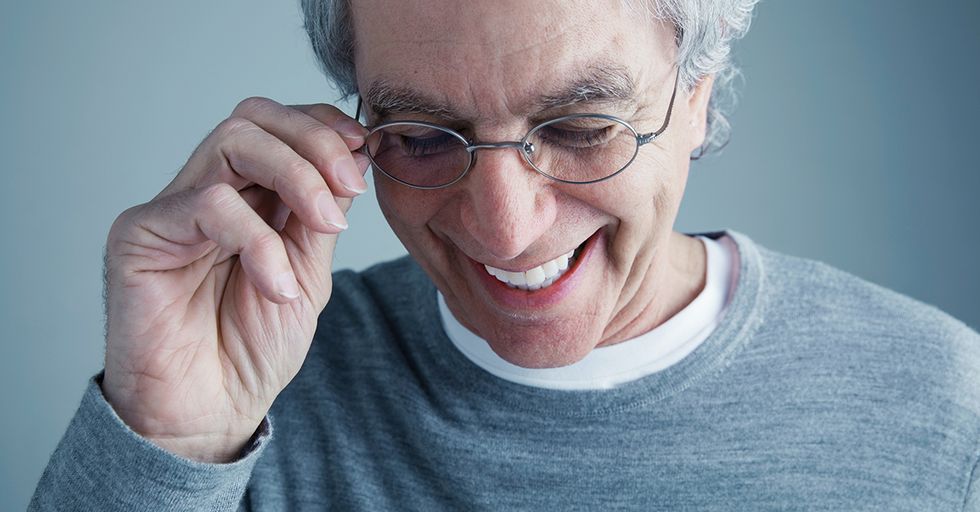 19 Dad Texts That Prove Dads Know Exactly What They're Doing

Oh, dads. They're the perfect combination of clueless and unembarrassable, and they get us every time with their bad jokes and silly puns.

I mean, look at this guy!

Does this look like a guy who should have access to a phone with which he can constantly text and torture his family with dumb jokes? Well, he does. They all do. Here are 19 dads who've taken texting to the next level.

This is peak dad joke right here. It doesn't get any better than this.

This dad just discovered emojis. I bet you can guess which one is his favorite. He's a cool dad.

I mean, he's not wrong. But also, is this kid's dad really high right now?

Why! Why, if he lost it, would you tell him how to do it again? Now all this dad is going to do is shout every single text message. The next one is peak dad own.

You steal dad's debit card; you don't get to go to college. It's that simple.

This is the harshest, most hilarious dad thing of all time. Raise your hand if your dad texts like he's seething at you all the time.

"I hope that my death brings you closer. Love the songs!" Quite a review.

Does...does this dad think Uber is just one guy named Mr. Uber who comes to pick you up when you need a ride?

When mom sent this photo in the group family chat, dad responded with this pic of a chihuahua in a wig! The next one will drive you nuts.

How?! How does this happen? Imagine getting all those notifications. Ooh, that would make me so mad.

Dads trying to Facebook is one of the most frustrating things on the planet. At least this dad is self-aware: "Sounds like something I would do."

I can picture pretty much any dad I've ever met doing this, saying these exact words and everything.

You know when you try to troll your dad, and instead he trolls you harder than you could have ever imagined?

On this Thanksgiving day, I'm grateful for my dad's jokes, without which there would be so much more laughter. Yeah, you heard that right. The next one is for those out there with "woke" dads.

Don't litter, don't celebrate Hitler's birthday. This is some solid advice from dad.

It's not a ship. Navigating Facebook shouldn't require lessons, but alas, those older than us have a lot of anxiety about technology.

I hope that this text came out of the blue and had absolutely nothing to do with the conversation they were having.

From what I can tell, yes, that is indeed just a picture of a styrofoam food container, probably holding leftovers, that this dad sent to his child. Why, dads, why?!

You know, for all the grief we give dads, they are pretty intuitive sometimes. Share this with your dad and watch him struggle to open the link!