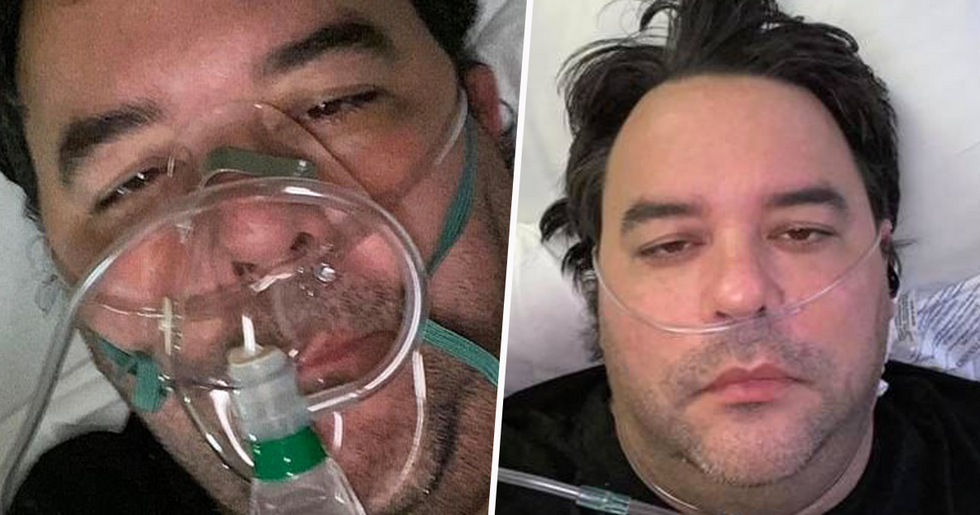 During the current pandemic, the use of face masks has been a heated debate, with many people questioning the effectiveness of them.

This story is truly heartbreaking.

For one family, the effectiveness of masks has been proven.

After a son's mistake of taking his off left his dad in the hospital.

John Place has been left fighting for life after his son ignored advice not to gather with friends.

His 21-year-old son met with friends whilst wearing a face mask but, at some point removed it and consequently came home with the virus.

When he returned home with the virus, he unknowingly infected his family with his dad being most affected.

The 42-year-old dad from Plantation, Florida had to be taken to intensive care at Westside Regional Medical Center where has he spent two weeks on a ventilator.

Michelle Zymet, Place's wife and the young man's stepmother said that she pleaded with her stepson to stay at home but he assured that he would be careful.

Speaking to 7 News Miami she said, "I pleaded with him every time he left the house, ‘Please wear your mask, take sanitizer, make sure you’re constantly washing your hands'. He always assured me, ‘Don’t worry, mom. I’m doing everything right, relax, chill'."

After having the virus for three weeks, Zymet and her three children are now feeling better but her husband is continuing with the struggle to battle it.

Zymet explained, "He’s fighting for his life literally every single minute in that hospital. We’re all COVID positive. None of us can leave the house. We can’t go anywhere. I can’t see my husband. It’s difficult, and it’s scary that he’s there all alone." A GoFundMe page has been set up to help pay for John medical bill and support Michelle.

Michelle is now urging others to be careful and learn from the mistakes of her situation, highlighting that "you’re not invincible".

"This is not a joke. This is a deadly, devastating disease that is affecting millions of people across the world. You need to listen and understand that you got to take the necessary precautions, Just wear the mask. At least wear your mask and try to wash your hands as often as you can."

There has been a multitude of responses to the story.

This user feels it should be a friendly reminder to wear a mask at all times.

However, others felt more strongly about the situation.

Is it the ignorance of younger generations that are putting other people's lives at risk?

While others simply reiterated the importance of masks.

This illness would probably have been preventable if the son had chosen to stay home, instead of visiting friends that day.

John now faces a long road to recovery as doctors are trying to slowly take his off the ventilator.

Wear a mask. Stay safe. Spread love, not the virus. Keep scrolling to see what happens to people that actively decided not to wear one...