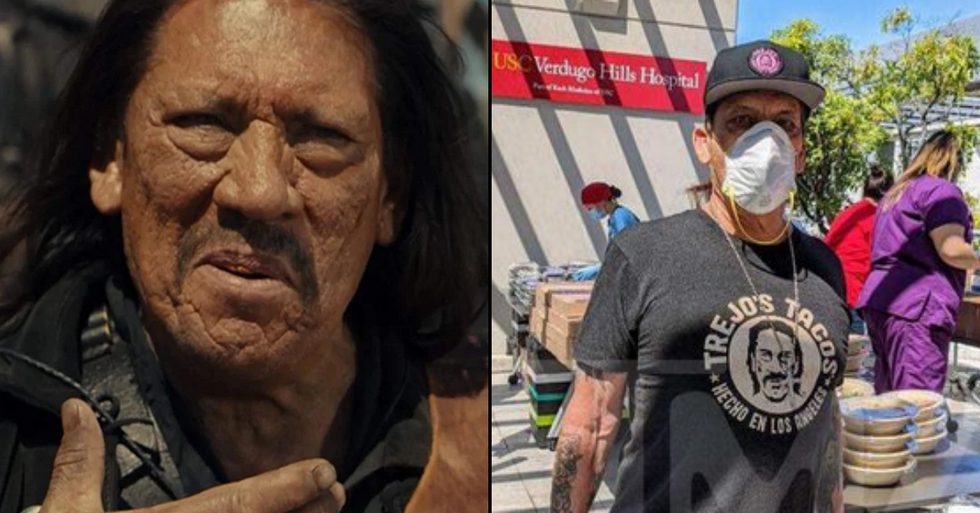 But it turns out appearances can be deceiving. Trejo has proven himself to actually be a hero, especially to L.A. healthcare workers in their time of need.

In fact, Trejo has a rather dubious honor.

A website breaking down some of the weirdest movie stats has confirmed Trejo is the most-killed man in Hollywood.

According to Buzz Bingo, Trejo has been killed off in his movies a whopping sixty-five times. That's gotta hurt.

That's a lot of death.

Surely once is bad enough?!

Trejo has appeared in around one hundred and thirty movies - meaning he dies only a little less than half of the time.

So why is this?

Well, for one thing, Trejo tends to favor B-movies - which often rely on death as a plot device.

Plus, he usually plays the villain.

And if you want a movie with a happy ending, the villain usually has to go.

Meaning a dramatic and painful death tends to be the way to go.

The site didn't just track the actor to death ratio...

They also analyzed to see which months and years tend to be the deadliest - movie-wise, that is!

But a close second was Christopher Lee, best known for Dracula and The Lord of the Rings. He's snuffed it sixty times.

Well, that went to Lance Henriksen, star of Aliens, with fifty-one deaths.

And fourth place was a tie.

As has Dennis Hopper.

But Danny Trejo is famous for another reason.

Outside of his acting, he's also known for having a total heart of gold.

Trejo has a particular side hustle - running a popular taco restaurant.

And during the world's time of need, the star decided to do his bit for the healthcare workers risking their lives.

He visited USC Verdugo Hills Hospital in L.A. on Wednesday - and he wasn't empty-handed.

He offered hundreds of free taco bowls to the hospital workers. What a legend. And he's not the only celebrity doing their bit. Scroll on for all the stars helping out during the pandemic ...