The Dark History of Our Greediest Holiday: Black Friday | 22 Words 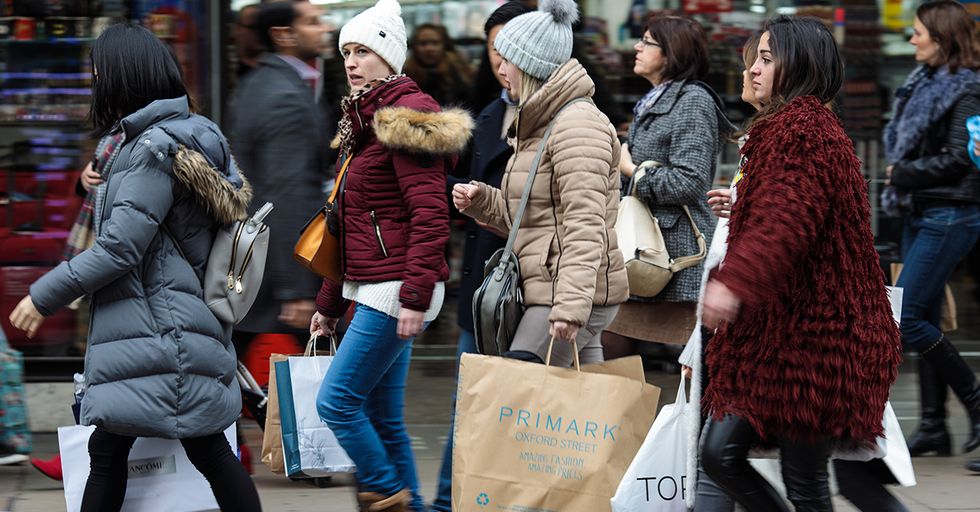 The Dark History of Our Greediest Holiday: Black Friday

It's almost here: the shopaholic's favorite day. Arguably the craziest day of the commercial year. The day we get a whole lot of Christmas shopping done...and navigate stampedes along the way. We're talking, of course, about Black Friday.

It's the one holiday that, today, is purely based around shopping. Many people claim that Black Friday is all about commercialism and materialism, and they've definitely got a point.

But did you know about the history behind it? There are multiple supposed origins of the holiday and a steady evolution in the years since. The Black Friday we know isn't the Black Friday that existed even ten years ago.

So, what has changed? Find out everything you need to know about America's greediest holiday, right here!

Black Friday is upon us.

And many people are getting ready to go on that annual shopping spree.

But there’s also an unpleasant side to the day.

Every year, there’s always a story of shoppers taking things too far. Beyond that, the holiday has quite the interesting history.

Once upon a time, Black Friday wasn’t even about shopping.

And that’s not the only theory. There are a number of possible origins for ‘Black Friday,’ as it turns out.

Some say the term originated in the ’50s.

According to this theory, managers said ‘Black Friday’ to describe the high number of employees who called in sick the day after Thanksgiving, trying to score a four-day weekend.

Others claim it gained popularity in the ‘60s.

In this version of events, the Philadelphia Police Department used the term to describe the annual traffic chaos that the day produced.

And at the time, the traffic was more often due to Philadelphia’s Army/Navy football game.

“It was a double whammy," Bonnie Taylor-Blake, a neuroscience researcher at the University of North Carolina, told CNN Money. “Traffic cops were required to work 12-hour shifts, no one could take off, and people would flood the sidewalks, parking lots, and streets. The cops had to deal with it and coined the term."

Retailers tried to change the term.

In 1961, retailers feared that “Black Friday" would have negative connotations for people. They attempted to change the day to “Big Friday." But it never caught on, and Black Friday remained.

It can even be traced to the 19th century!

In 1869, financiers Jay Gould and James Fisk began buying up tons of gold, trying to drive up its price and turn a profit selling it. Instead, the price of gold plunged—and then, on September 24 (a Friday), the stock market crashed.

However, the theory on turning balance sheets from red to black remained most prominent.

“It’s a misnomer, but 20, 30 years ago, people did view Black Friday as the day that retailers started to be ‘in the black’ after a year of not being in the black," Ray Hartjen, a retail analytics expert at RetailNext, told Vox. “All the volume through the holiday season made them profitable retailers."

The Thanksgiving parade may not be an entirely altruistic affair.

Macy’s introduced the concept to the US in 1924—and this, in turn, boosted department store shopping the next day.

National retailers finally refocused their strategies on customers’ growing demand for big-ticket items ahead of the holidays.

And guess which stores were the main contenders?

Before e-commerce, those three chains, in particular, began duking it out to nab the holiday rush.

But, as you can see, the surge in Black Friday’s popularity hasn’t always turned out well.

And from there, Black Friday spread.

The tradition caught on in Canada, Mexico, and even the UK.

E-commerce began occupying a big enough chunk of shoppers that sales extended through the weekend, and into Monday. Plus, who wants to fight the crowds when you don’t have to?

Have you noticed, it's getting longer and longer each year?

But don’t underestimate the popularity of the day itself.

Despite holiday sales extending across the month of November, the actual date of Black Friday is still a huge one for retailers everywhere.

This isn’t always considered good, though.

The holiday is now primarily associated with consumerism and materialism. It’s also drawn plenty of criticism among families.

By keeping stores open longer and longer—some even on Thanksgiving—workers there are deprived of spending the holiday with their families.

And early shoppers have caught flack too.

Those who spend the holiday shopping, instead of with their families, have also drawn a fair amount of criticism in media.

Crowds have gotten smaller, but the holiday is as big as ever.

The thing that’s changed is how people are getting their shopping done.

And Black Friday is becoming a shopping season in its own right.

Forget a single day or even a long weekend. Black Friday is pretty much a month-long shopping experience.

In fact, they’ve gone even further than pre-Black Friday sales.

And Amazon has a “Black Friday Deals Week."

Instead of singling out Black Friday or Cyber Monday, Amazon simply hosts a whole week of sales in which different items are marked down each day.

The increasingly early sales are retailers’ way of competing with each other.

“When someone is offering 50 percent discounts from 10 to 11 on Friday, you can offer 51 percent from 9 to 10 on Friday," Barbara Kahn, a marketing professor at the Wharton School of the University of Pennsylvania, told Vox. “That competitive response will cause the creeping behavior — it getting earlier and earlier — because you want [customers] to buy from you instead of the competition."

So, is it working?

Here’s the stats from last year: of the 174 million people who did their shopping between Thanksgiving and Cyber Monday, 58 million shopped online exclusively. Another 61 million did both, purchasing online and in-store.

And what’s the score this year?

The National Retail Federation anticipates shopping to peak on Friday—it expects 116 million shoppers out and about on that day alone.

Shop responsibly—and watch out for the crowds! Share this story with your friends as the Black Friday shopping begins!