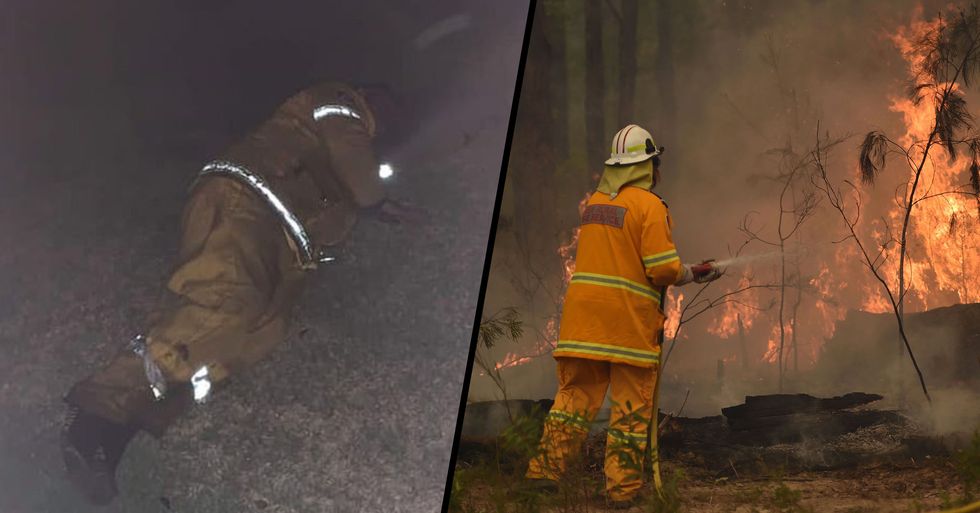 As people try to do what they can to help the situation, many volunteer firefighters are doing exhausting work battling the blaze. And one woman's Facebook post has really hit home how hard they're working.

2 other A-listers have also donated to the bushfire fund.

"Our family’s support, thoughts and prayers are with everyone affected by the fires all over Australia. We are donating $500,000 to the Rural Fire Services who are all doing and giving so much right now," she wrote.

The burden of keeping them under control has fallen to Australia's volunteer firefighters.

It's truly a thankless task.

And one Facebook post by Jess O'Keeffe, from New South Wales, has really hit home how severe the situation is.

"Today I heard my Dad cry, he said, 'Jen I have never seen anything like this, it’s never-ending.'"

"We still have over 50 days of summer left we aren’t even half way and there is currently no end in sight."

"Australia is on fire and there are brave people all over the country voluntarily fighting day in, day out to keep our lives and homes safe."

"My family have been fighting these fires on our farm and our community nonstop for over a month. They are tired, they are sore, and they are running out of resources."

"This is a picture of my Dad getting five minutes sleep on our front lawn, while my brother keeps watch over the fire burning at the top of our farm, after he finished his 10th 12 hr+ day in a row fighting voluntarily in the community with the RFS NSW," read the caption. As the blazes rage on, Greta Thunberg has weighed in on the issue. Keep scrolling to see what she had to say ...