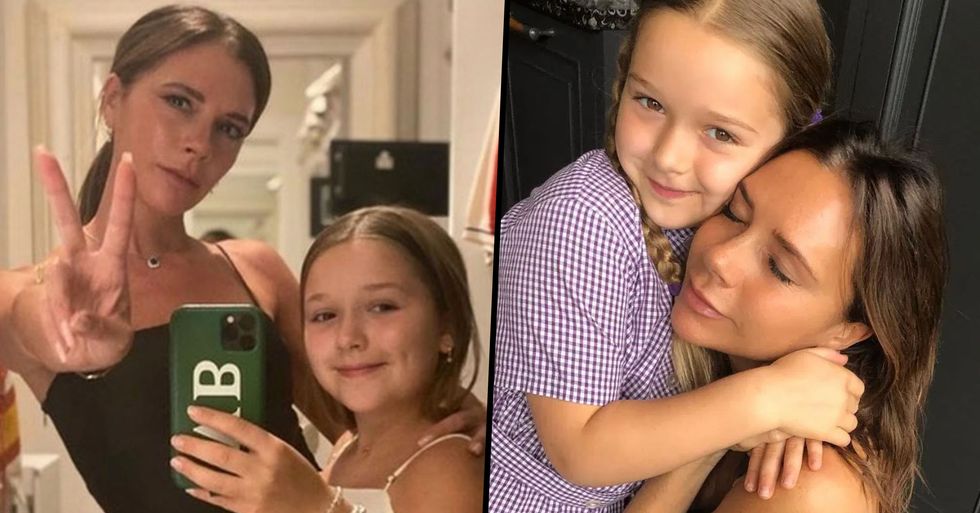 David and Victoria Beckham's 9-year-old daughter recently went for a haircut. But get this, it wasn't just your standard trim, it was a $460 makeover.

The youngest Beckham has recently shocked us all...

It was revealed that the 9-year-old went for a haircut that racked up to an entire week's salary pay.

And though the new do looks great, people are shocked after finding out it cost them a whopping $460!

Have a look at the final result for yourselves and decide if it was worth the blow to the pocket.

David and Victoria Beckham are arguably one of the most iconic couples in the world.

An international soccer star and one of the most stylish women in the world? Sounds like a match made in heaven to me.

Ever since they tied the knot twenty-one-years-ago...

Posh and Becks have become somewhat of a household name.

They have enjoyed a lengthy romance in the public eye...

And have had 4 children together - Brooklyn, Romeo, Cruz, and Harper.

They make for the most idyllic family.

And many people can't help but wonder...

Where did it all begin for the couple?

Well, David recently opened up about his lengthy romance with the former Spice Girl, and he didn't hesitate on delving deep into the past.

David was the latest guest on The Tonight Show...

Where host, Jimmy Fallon, grilled him on his twenty-three-year relationship with Victoria.

David and Victoria first met at a football charity event near his hometown of Cheshire back in 1998.

Back then, Victoria was a member of the much-loved girl band, Spice Girls.

And David was the star player of the English Premier League team, Manchester United.

It seems that they were a match made in heaven, right?

Well, it actually took a couple of meetings for the pair to finally organize a date.

Speaking to Jimmy of the night they first met, David recalled...

"We knew of [the Spice Girls], obviously, because they were pretty big at the time, and I was just establishing myself in the Manchester United team."

He admitted that Victoria was "obviously" his favorite Spice Girl...

So she caught his eye almost instantly. No, you're dying of jealousy...

He went on to explain that, though she had caught his eye, he didn't get the chance to speak to her that day.

"I didn't get to talk to her that day, but then the week after, she came back up to Manchester to watch another [football] game."

This was David's chance.

And, being one of the most famous soccer players in the world at that time, his chances were looking pretty good.

The pair got the chance to finally sit down and talk later that evening...

"We talked for about an hour in the player's lounge," David told Jimmy.

And it was here where David finally found the courage to ask for her number.

After plenty of drinks, of course. "She'd had a couple of drinks, so I decided, 'Why not?' I'd try to get her number."

But hey, it worked, didn't it?

David went on to recall that Victoria had caught the train to Manchester that day...

And her ticket was the only piece of paper she had on her.

So she went on to write her number on it.

And David has kept hold of it this entire time. "And she'd actually got the train up that day, so she wrote her number down on her train ticket, which I still have."

And here they are now, just months away from their twenty-first wedding anniversary.

As the Jimmy and the crowd coo'd and aww'd, David smiled and said: "Twenty years later, and four kids later."

And their little family is simply adorable.

Recently, Harper, the youngest shocked us all after Victoria revealed that her daughter's haircut set them back $460.

Of course, for a family that rich and famous, it's hardly going to make a dent...

But after seeing the results of the new style, people were left wondering if it was worth going to all that trouble.

Either way, it's their money and they can choose what they want to do with it, even if that does mean blowing some of it on a haircut and dye. Keep scrolling to see why fans were upset with David Beckham and his parenting skills...