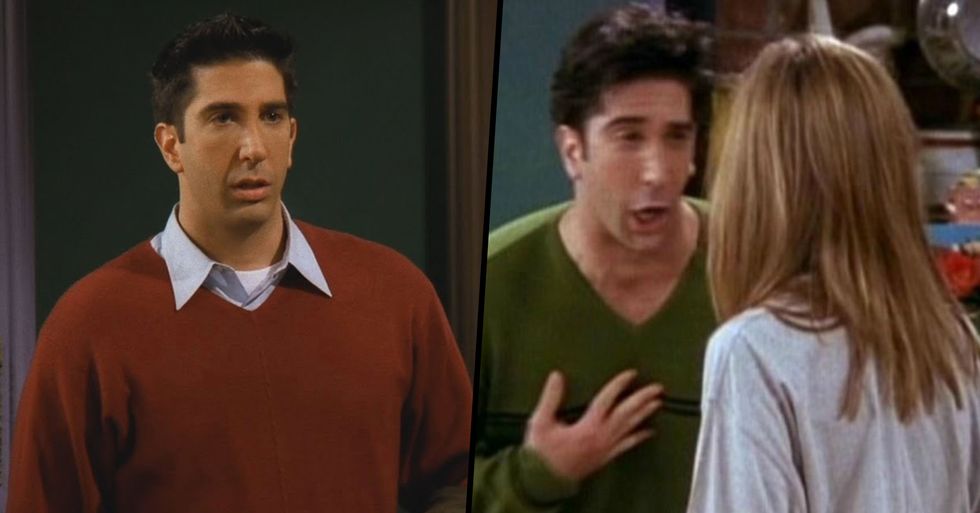 David Schwimmer Finally Settles the 'We Were on a Break' Debate

David Schwimmer has finally settled the "we were on a break" debate and his opinion is rather surprising...

All we can do is re-watch the entire 10 seasons of Friends! And it seems that the cast have been doing the same during lockdown... including Ross himself, David Schwimmer.

David recently appeared in an online interview with Jimmy Fallon...

And whilst discussing the famous series, he decided to clear up a debate that has been going on for years now.

And that is the debate of...

Where Ross and Rachel really on a break?!

This debate has been discussed by fans since 1997 when the episode aired that showed Ross and Rachel break up.

Ross slept with Chloe the Xerox girl when he and Rachel supposedly "broke up." Ross' defense was that they were on a break, but Rachel was adamant that they weren't which lead to her dumping poor old Ross on the spot.

The majority of us were totally on Rachel's side...

Because they weren't on a break and Ross shouldn't have cheated!

The debate has never been settled...

So David decided to clear it once and for all in his interview.

"People are so passionately divided about whether or not they were on a break," the actor said when asked by Jimmy what people shout at him in the street.

When Jimmy asked which side of the debate David stood, he simply responded:

"Yeah, it's not even a question, they were on a break."

Sorry David, but Ross and Rachel definitely weren't on a break. Just saying.