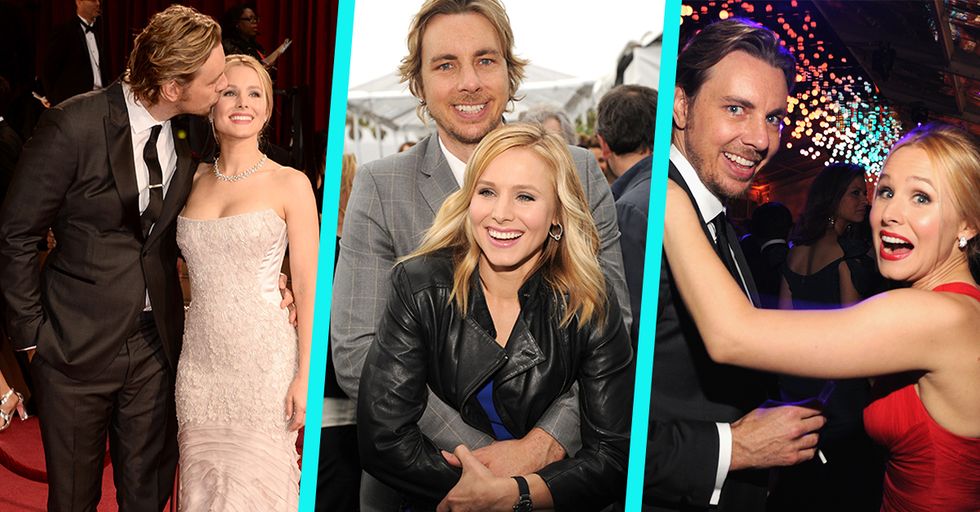 If Dax Shepard decides one day that he's tired of the acting life, he should become a marriage counselor. We're calling it now: Dr. Shepard is going to have his own practice one day helping couples.

Why this sudden and drastic change of career?

Shepard was recently on Ellen DeGeneres' Ellen's Show Me More, where he gave incredibly insightful advice to a woman in the audience during the "Ask Dr. Dax" segment. And y'all, we need to hold the phone because we don't think anybody was prepared for the answer to this woman's question.

Before we dive into Shepard's excellent answer, let's review a little. This is Dax.

He's an actor, comedian, writer, director, and all around charisma machine. He's known for his role on NBC's Parenthood, as well as a prank-loving dude on Punk'd. That's right, remember Punk'd?

He also likes to post selfies in front of motorcycles.

Which, to be fair, I would expect of any man named Dax. Dax and motorcycles just go hand in hand, right?

Shepard is also known for being married to Kristen Bell.

I would argue this is what he's best known for. They've been together for over ten years, which is major in Hollywood.

To say they were "couple goals" would be an absolute understatement.

Here they are ROLLERSKATING. Be still, our beating hearts. We're totally fangirling out over the cuteness.

Besides being couple goals, Shepard is married to a true badass.

Seriously, if you aren't a fan of Kristen Bell, who are you? She's hilarious, extremely talented, and an outspoken activist. Plus, she weeps over sloths. So what's their relationship like?

No couple is perfect, and Shepard and Bell are the first to admit they've got to work on things.

Which is why his advice to an audience member was incredible.  The woman, Courtney, asked Shepard what she should do when her boyfriend gives her the silent treatment in fights.

Are you prepared for Shepard's answer? No, seriously, we'll give you a moment. Here's a cute pic of the couple in the meantime:

Shepard started his answer by asking Courtney if she was a mechanic, to which she replied...no. To which he then replied, "If your transmission broke, would you and your boyfriend try to fix it — would you take it out in the driveway and try to fix it?"

Ummm, where is this all going, Dax?

How did Shepard tie it all together?

"Then you should show it the same respect you'd show your car. You should go to a therapist, have couples therapy. Kristen and I started right out of the gate. It's a great way to prevent terrible patterns from starting as opposed to doing it way late and trying to unravel terrible patterns," he said in the video.

Our minds are blown!

Dax, teach us your wise ways! Watch the full video to laugh, cry, and wonder how you can have Dax Shepard for couples therapy.