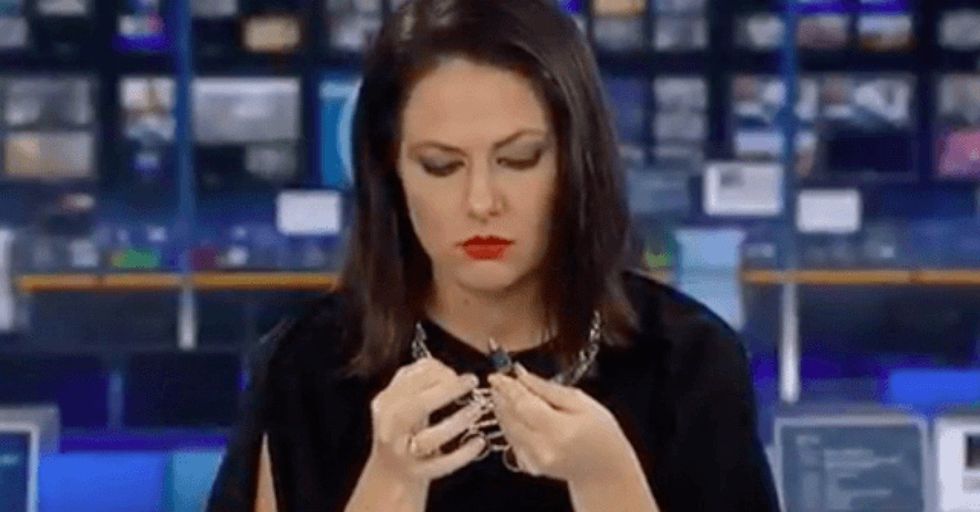 We've all been there — stuck at your desk, slightly zoned out, when your boss walks in and you startle and snap to attention. Probably not your finest moment if you're going for Employee of the Month, but it happens.

No matter what your job is, or your title, you're not immune from spacing out on the job.

It would be weird if you DIDN'T, actually. I mean, there are eight to ten hours per day to fill. You could use a little time to yourself.

Depending on your job, this might not be a big deal.

Lots of people keep to themselves for work, so letting their mind wander is totally fine and healthy. No one is around to catch them in the act.

It's not like your mind wanders TOO far. It's generally just for a few seconds, then you come crashing back to Earth.

Normally, the only unpleasant part is realizing that your dreams are just that — dreams. Oh, well. You can always space out and revisit them later.

But some jobs don't afford you that luxury. Daydreaming could mean that you're taking your attention from an important situation.

That's NORMALLY not the case, but can be in certain instances.

Equally bad is when your job isn't high-stress, but rather casts a spotlight on you.

You don't want to be caught idly daydreaming when the cameras are on you, as one news anchor found out the hard way. See the hilarious incident and not-so-hilarious fallout from it.

Unfortunately for Australian news anchor Natasha Exelby, her daydream went viral and let's just say her bosses at ABC24 didn't find it amusing, unlike those who saw it on Twitter.

Yup. That's about the worst situation one could imagine.

It makes a person want to laugh and cringe at the same time. It's funny, but also PAINFULLY relatable.

It immediately went viral because pretty much everyone could relate.

When you "snap out of it," the result can be a rude and sudden awakening.

We all get caught off-guard after lulls in activity.

The fallout was unfortunately, severe.

Unfortunately, it's been reported that she has been banned from playing any future on-air role and any newsreading duties. Pretty harsh if you ask me, but this just makes me super glad that I don't work on camera.

Well, no one can do that for extended periods of time, but as we've seen here, it would certainly benefit us to try! Especially if we work in live TV. This woman got caught slippin' and paid a very severe price.