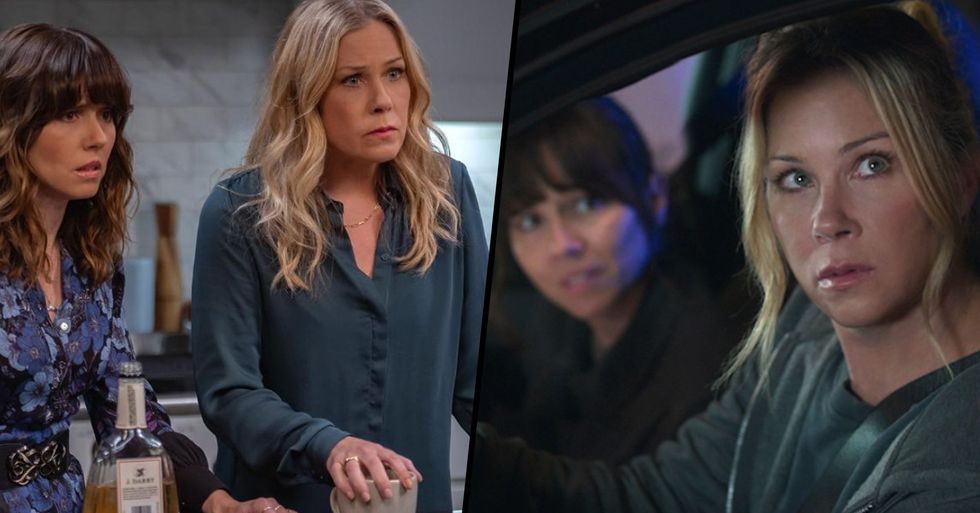 'Dead to Me' Season 2 Drops on Netflix Today

Since its release in May 2019, the internet has been going crazy for Dead to Me.

Now, the wait is finally over. The series will be hitting our screens today.

Keep scrolling to see the full trailer so you can be ready for its premiere.

The wait is finally over.

Season 2 of Dead To Me will be back today and we couldn't be more excited about it!

But do you remember when Dead To Me first hit our screens?

And as the weeks went by, more details surrounding the upcoming second season were revealed.

Since the season got the green light, fans have been drip-fed teasers and clues about what to expect next time. From little teasers, all the way to full trailers, we have been given it all. Keep scrolling to see the latest trailer for the upcoming season.

She told The Hollywood Reporter: "Just like the rest of the show, it's not exactly what you think it's going to be.This show will always be a show that explores the dark sides and the light sides of grief, loss, forgiveness, and friendship. So, suffice to say, there will be more darkness."

The star posted a photo to Twitter showing her holding hands with co-star Linda.

During a recent interview, Linda Cardellini, also dropped some hints about what we'll see during season 2.

"There are definitely going to be more secrets and more twists and turns, so we can count on that." "I knew there was a twist in the first episode when I read the first season, but I didn't realize how each episode would be, that the show would turn and twist as the season went on. So I'm really excited about that," she explained.

Her co-star, Christina Applegate, has also spoken out about it:

In a previous interview with  TV Guide, the actress explained that the new episodes are a lot harder to make and we could tell from the newest trailer...

"Holy crap! Liz (Feldman - showrunner) went over what the season is going to look like. Oh hell. She said it's going to be much harder work for me this season. I was depleted as a human being after last year. I plan on trying to laugh a lot between now and September [when filming on season 2 began]. Really enjoy lightness," she explained.

The day has finally arrived guys! The second season will be premiering on Netflix today!

That should keep you going in quarantine for a while, right?

And if the trailer is anything to go by, then we're in for a treat.

This user could not believe the news... Neither could we!

While another described it as a "quarantine miracle."

Doesn't it look amazing? Mark your calendars ladies and gentlemen, because we're in for one hell of a ride.

From Russian Doll to Grace and Frankie, we've ranked the best shows on Netflix.