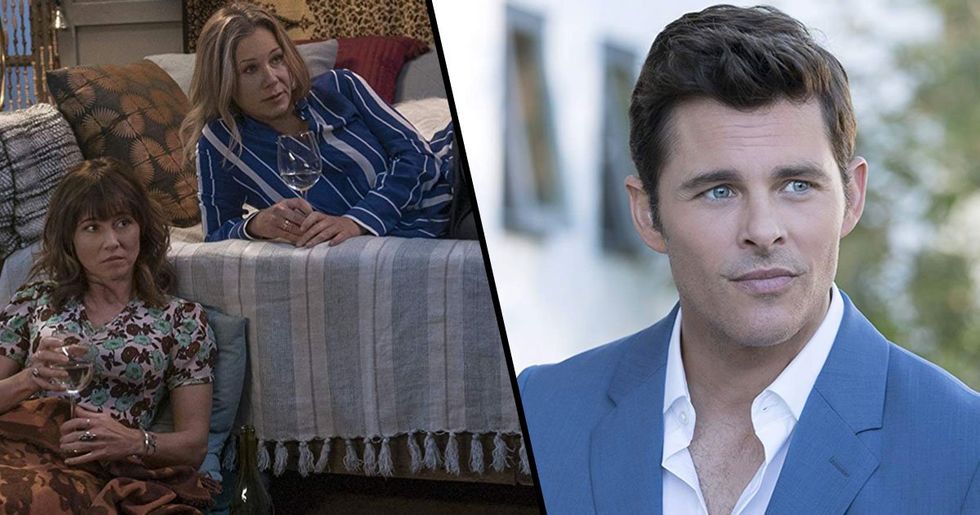 Now, the second season is well and truly underway, with creator, Liz Feldman, saying that we can expect even more "darkness" this time around and, most importantly, we think there may be an incredible plot twist in the works!

Keep scrolling to get all the details on the upcoming season.

Fans finally had their prayers answered.

Creator, Liz Feldman, says we should expect more "darkness" during the second season.

Last week, we were given an exciting update on the upcoming season.

The show has officially begun filming.

And many were desperately asking for sneak peeks about the upcoming plot.

Despite filming just starting, it seems we may already have to avoid spoilers.

As pictures were taken of a certain character, which could suggest an unexpected return...

Christina Applegate and James Marsden were spotted at Hermosa Beach, CA on Tuesday.

Where filming for the new season was taking place.

James' character, Steve Woods, was killed by Jen when she shot him and left him to float around the blood-filled pool.

So we definitely didn't expect to be seeing him involved in filming.

Liz Feldemen has already hinted about the end of the first season.

Suggesting that the end of the season "is not exactly what you think."

But this raises the question...

For what reason is Steve returning?

So will his return be for flashbacks?

Has he miraculously survived? Either way, we'll be finding out soon! We can't wait.