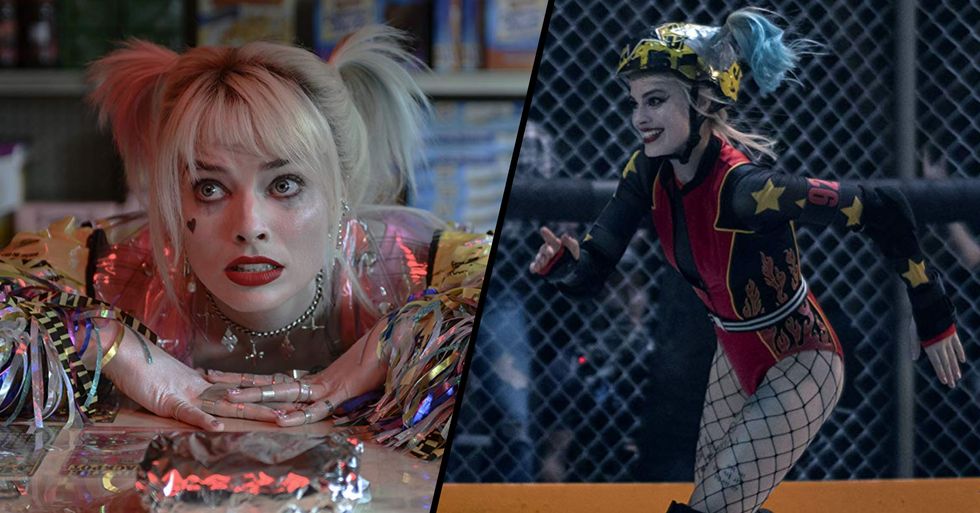 After Harley Quinn's Birds of Prey hit the headlines, it seems to have had a lot of mixed reactions. While some critics are claiming that it is definitely worth the watch, others are refusing to even acknowledge the amount of time and effort required to produce such a film.

But now, the creator of Deadpool has thrown his opinion into the hat too and blamed the low box office numbers on Harley Quinn's outfits... What?!

Margot Robbie had taken the Hollywood scene by storm.

The twenty-nine-year-old Australian actress has become a familiar face in the industry, starring in a number of critically acclaimed movies.

Robbie has been acting since her teens.

The star made a name for herself over in Australia for playing Donna in the popular TV soap opera Neighbours back in 2008.

Her character stirred up controversy with viewers for her kiss with a female friend.

But she still remained a firm fan favorite, before announcing she was departing from the show in 2010.

The actress starred in her first movie - the Australian-made I.C.U. - when she was just seventeen. The slasher movie chronicles the story of 3 teenagers who, after filming and spying on their neighbors, are targeted by a serial killer.

Sadly, it barely made a splash.

The thriller received a measly 2.2 rating on IMDb. While it may have marked the start of Robbie's big-screen career, it certainly wasn't her breakthrough role.

Her role in About Time 4 years later gained her some recognition...

Straight from the mind of Richard Curtis, who was known for creating the festive classic, Love, Actually, the time-travel rom-com starring Domhnall Gleeson and Rachel McAdams won over fans and critics.

But Robbie's appearance in The Wolf of Wall Street was the turning point of her career.

She completely turned heads with her gripping performance.

Its been a winning streak ever since...

The star has received attention for her stand out roles in several other films since her career takeoff with The Wolf Of Wall Street.

But one of her most renowned roles is DC's Harley Quinn.

Harley Quinn has now become something more than just a Halloween costume icon.

However, the latest release of Birds of Prey has got people questioning her acting abilities.

Due to the low profit numbers the movie scraped at the box office, critics have openly started picking apart aspects of scenes to pick apart and blame.

It only earned thirty two million dollars on its first weekend.

Which is not even half of the amount spent producing the film. And a week later, it still hasn't managed to reach the eighty-five million splashed out.

Now, Deadpool creator Rob Liefeld has give us his opinion on the matter.

He believes the reason for the movie's box office flop is all down to Harley Quinn's outfit choices.

Liefeld posted a trio of tweets explaining why they were the wrong costume choices and how they impacted the film. They have since been removed but he is continuing to debate with fans online.

He started with this one:

"Next time, more punk rock, less happy meal," he wrote comparing one of her looks to Ronald McDonald's clown outfit.

The second one wasn't much better:

"The Ronald McDonald look on Harley, not so much. Stick with the winning punk rock formula. Visual design and costuming matter."

We know he's trying to imply that Harley Quinn's outfits weren't sexy enough to grab the male attention and they should have just stuck with her skimpy, little shorts and transparent tees, right? There's no point sugar-coating it.

And it seems to have struck a chord amongst fans who tweeted their responses to the creator.

Here’s my support for Harley Quinn back in the day. The character has made a huge mark on the culture. DC Comics is… https://t.co/JfSrQWTAJ8
— robliefeld (@robliefeld)1582059032.0

Margot Robbie has previously expressed her discomfort when it comes to her character's outfit choices, saying it makes her feel exposed and self-conscious.

The fans had her back.

He may have deleted the tweets...

But the screenshot feature does exist.

This user decided to give everyone an artistic comparison...

And after seeing some of his actual characters, I agree.

He even went to the trouble of Googling images of Harley Quinn in skimpy clothing.

He didn't do himself any favors there as people thought it was pretty creepy.

Give it a rest, Liefeld.

Despite the criticism hurled at Margot Robbie and the film as a whole, some people have claimed that it's actually visually appealing and thought-provoking so it's definitely worth the watch. Keep scrolling to see some cute ass interactions between Margot Robbie and her co-stars.